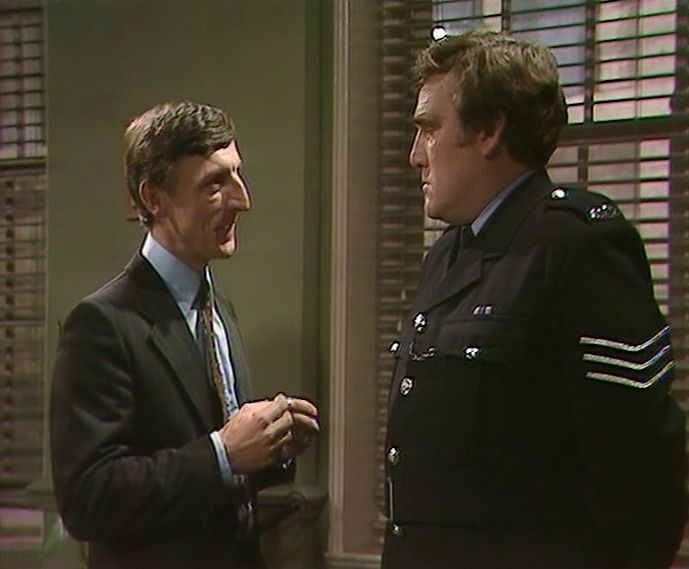 Peter Palin (Ivor Danvers), a newcomer to Hartley, hasn’t made himself popular with the locals. Having bought Tarn Hill House, he plans to turn it into a swanky country club, something which Greenwood (Allan Surtees), a farmer and Palin’s nearest neighbour, is less than happy about.

When Palin is later found unconscious and badly injured, Greenwood is an obvious suspect. But he’s not the only one – an escaped criminal called Martin Wright (an old business associate of Palin’s) had a score to settle with him. Plenty of possibilities then, but it could it be that there’s yet another reason for the attack which nobody has considered?

Like a few previous episodes, Home-Grown or Imported? is a slightly wrong-footing story. The opening few minutes sets up the conflict between Palin and Greenwood, but although that looks set to be the dominant theme, the story quickly veers in a different direction.

The difference between their characters is quickly delineated. We see Greenwood and his son in a Land Rover, slowly herding sheep down a narrow country lane with Palin stuck behind them. With the road blocked by sheep there’s no alternative for Palin but to sit and wait, something which obviously irritates him greatly (the number of angry toots he gives on his horn is some indication of this).

More possibly could have been made of the conflict between the pair. Greenwood’s disdain at the way his rural life is being threatened by this interloper is certainly a theme, but it isn’t central to the story.

Twelve episodes in, and this is the third to feature coppers from London. DI Winder (John Judd) and DS Fournel (Eric Richard) are easily the most objectionable seen so far though. Right from their first scene it’s clear that they regard the local force with the upmost contempt. Their baiting of Joe being a case in point.

Fournel confides to Joe that Jean’s “a bit of all right, isn’t she?”. Fournel’s unreconstructed mindset is further demonstrated when he then mentions that he couldn’t “take orders from a skirt”. This is the cue for Joe to launch a spirited defence of Jean. “The only thing that counts is how well the job gets done. Inspector Darbley’s as good as any male boss I’ve known”. High praise from Joe, especially given his attitude towards her which we witnessed in the opening episode.

Joe later gains his revenge by sending the two officers on a wild goose chase around Manchester. Interesting that when Jean learns about this she gives him her tacit approval. A sign of the growing respect between them maybe, or possibly it’s just that she’s becoming more relaxed now that she’s settled into the job.

Geoffrey Larder makes his third appearance as the constantly vague DS Melchett. We’re given a rare early glimpse into the CID room at Hartley (eerily deserted) as Melchett takes down the message that Winder and Fournel are in the area. But his inability to tell Jean about this earns him a scathing dressing down later. “Our two visitors from London … no doubt think we’re just clodhopping country cousins. You had a clear duty to give me that information at the earliest moment and not just when it suited you, sometime never”. Ouch!

Home-Grown or Local? boasts some very familiar faces. Ivor Danvers (best known for Howards’ Way) drops a few rungs down the social ladder (Palin is something of a wide-boy). Meanwhile Eric Richard warmed up for his later role as Bob Cryer in The Bill by playing another copper. Although as we’ve seen, Fournel’s character is a million miles away from that of Uncle Bob.

Martin Wright’s backstory is delivered in detail by Winder and Fournel. Remembering that a previous episode also saw two London officers on the trail of a criminal who never actually appeared, the attentive viewer might have been wondering if the same trick was going to be pulled twice. And so it was, which is slightly surprising.

With Wright a no-show, it seems obvious that Greenwood will turn out to be Palin’s attacker. This doesn’t turn out to be the case, although there’s still a connection to the farmer. The link may feel a little contrived (Roland notices a van without a windscreen and follows his nose) but since real-life policework also thrives on coincidences like this, it’s not too outrageous.

Winder and Fournel might not have got their man, but without their presence Home-Grown or Imported? would have been a rather thin story. But with them, it’s a rich and entertaining yarn (even if, not for the first time, the actual crime element isn’t dominant). 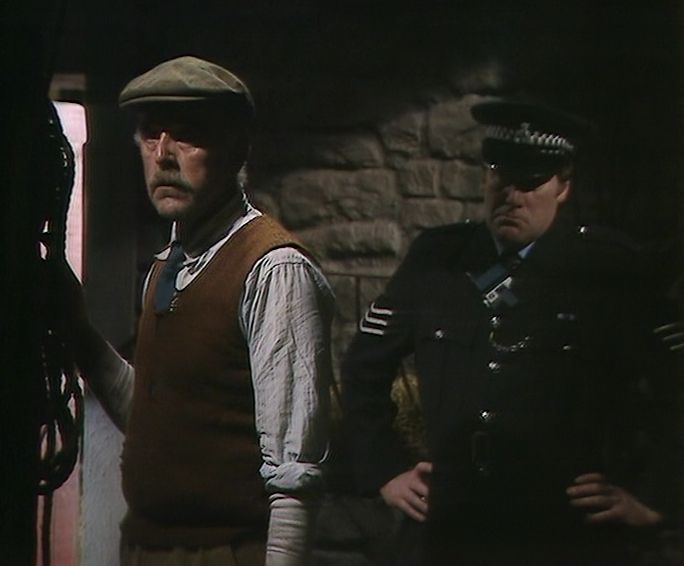