BBC1 is my first stop for Star Trek and The Lights of Zetar. It’s a series three episode, which is the cue for disappointment for some (although I’ve never found the later episodes to be that bad). And since this is the only one co-written by Shari (Lamb Chop) Lewis, it’s worth a look for that reason alone. According to Genome, it was previously broadcast in 1971 and 1973, so Zetar fans have had quite a wait to see it again.

Today’s Coronation Street is slightly ahead of my current rewatch, but I think I’ll dip in to see what’s going on (possible romance for Fred, according to the Daily Mirror blurb).

Undoubted highlight of the day is Yes Minister on BBC2 at 9.00 pm. The final episode of series two, A Question of Loyalty is as sharp today (if not more) than it’s ever been.

If there’s time, I might catch the repeat of The Sweeney over on ITV. Ranald Graham’s Nightmare is the episode getting another airing today. 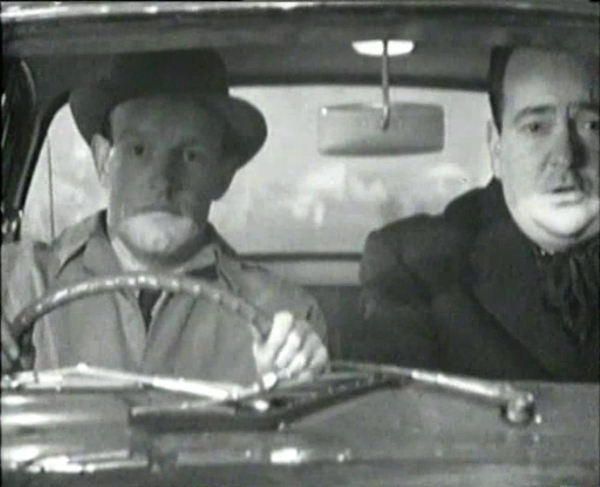 Four of a Kind, the first episode of Z Cars, was originally broadcast on BBC Television in 1962.

So it’s the sixtieth anniversary of Z Cars (looks in vain for BBC4 documentary and extensive repeat season. Ho hum).

This opening episode hits the ground running by deftly establishing the differing personas of the four policeman selected for the new crime patrols (Lynch, Steele, Smith, Weir) and their two bosses (Barlow, Watt).

It’s true that broad brushstrokes are used though – Lynch is a garrulous Irishman, Steele might knock his wife about but we’re assured he’s a good chap really, Fancy is a ridiculously confident Teddy Boy and Jock … ah poor Jock (he very much gets the short end of the stick in this debut episode, only being called upon to mumble a few incoherent words).

Fare Forward Voyagers, the first episode of Manhunt, was originally broadcast on ITV in 1970.

The premise of the series is simple – Nina (Cyd Hayman) has vital information about the French resistance networks. The Germans desperately want it, but so do the British – which means that Jimmy (Alfred Lynch) and Vincent (Peter Barkworth) have to somehow spirit her out of occupied France and back to London.

Rewatching this opener, it’s impossible not to nitpick a little – how did Nina escape after the Germans gunned down every other member of the Paris resistance cell? We’re never told (and given how hysterical she is for most of the episode, it’s difficult to see how she could have gone more than a few paces).

And why are the Germans so trigger happy? If they hadn’t massacred everyone, then Nina wouldn’t be such a valuable property.

All of the three regulars have a tricky time in this episode, as their characters are so extreme – Jimmy’s a wisecracking RAF pilot, Vincent’s a cold-hearted killer and Nina’s little more than a bundle of nerves. Putting the three of them together seems like a recipe for disaster, but hopefully they’ll settle down over the course of the next 25 (!) episodes. Given that Secret Army tended to spirit British airmen out of Belgium in a single episode, 26 episodes to get Nina over to Britain seems rather generous ….

The fine guest performances of Peter Copley, Andrew Keir and Yootha Joyce are one of the saving graces of Fare Forward Voyagers. Keir is especially impressive as the doomed Robespierre, a radio operator who sacrifices himself in order to allow Jimmy, Nina and Vincent the chance to escape. 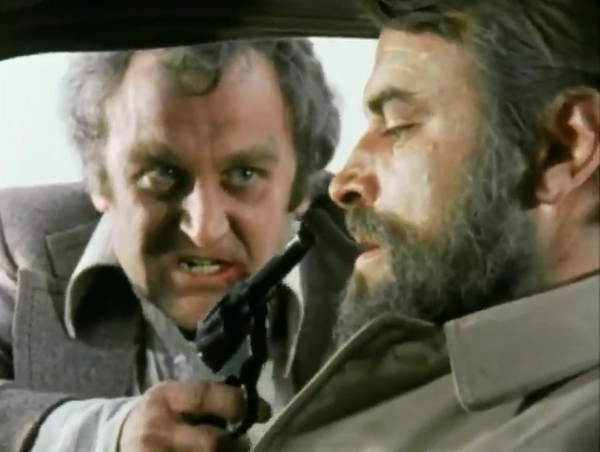 Ringer, the first episode of The Sweeney, was broadcast on ITV in 1975.

Following the Armchair Cinema ‘pilot’ in 1974, The Sweeney burst onto our screens with this effort. Subtle it isn’t (the closing punch up is so ridiculously over the top that I’ve never been sure if it’s supposed to be tongue in cheek or not) but overall the episode is still rather bracing. 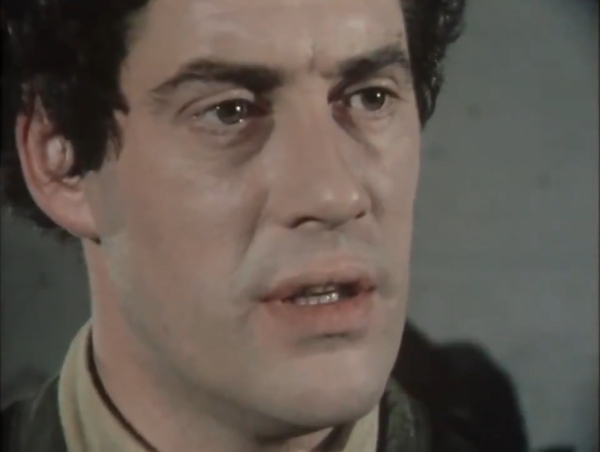 This dystopian tale of thought control and (thankfully trumped up) charges of child abuse had a surprisingly early evening slot. Fair to say that The Way Back is very much a one-off as the following 51 episodes never recaptured the tone of this opening installment.

Writing (or at least credited for) all 13 episodes of the first series, it’s not surprising that Terry Nation’s at his sharpest here. As time wore on and inspiration began to dry up, his scripts became rather more perfunctory.