Skip to content
HomeOut of the Unknown – The Counterfeit Man 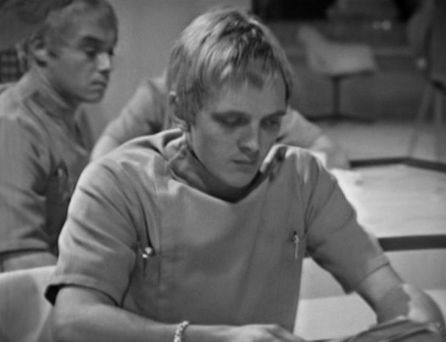 After the somewhat sedate opening episode, The Counterfeit Man offers a sharp change of pace – with much more of a hard-SF feel and a theme of body horror. As we’ll see as we make our way through the series, this was always one of OOTU’s great strengths – the tone would change from week to week, so you could never predict the type of story that would turn up next.

The crew of a space-ship are returning home to Earth after a mission to one of Jupiter’s moons – Ganymede. However, Dr Crawford (Alexander Davion) is perturbed by the medical records of one of the crew, Westcott (David Hemmings). Westcott has a blood sugar level of zero, which is impossible. Crawford is convinced that Westcott was killed on Ganymede and his form was then assumed by an unknown alien entity.

Crawford decides that the only way to be certain is to push Westcott to the point of madness and force the alien to reveal its true nature ….

A year before he achieved international fame in Blow Up, Hemmings took the lead role in this creepily effective OOTU. Westcott is so normal and well-balanced that it’s impossible to believe he could be a murderous alien. Hemmings is able to portray very effectively Westcott’s descent into madness as Crawford initiates a witch-hunt against him.

Due to all the crew sporting similar haircuts, it took a little while for me to twig that Crawford was played by Alexander Davion (who had starred alongside John Gregson in Gideon’s Way). Davion goes a little over the top at times, but it’s still a good turn – especially the ending which he plays very well.

The space-ship has a very pleasing design – there’s something about the 1960’s version of the distant future which is quite effective. All the solid-state technology may look a little out of date, even now, but it does have an undeniable charm. Music is generally quite sparse, except for the visual sequences of Westcott’s disintegration. Some of the sound effects will be very familiar to anybody who’s ever watched the black and white Doctor Who’s.

A strong episode, with good performances and an unsettling ending.

Next up – Stranger in the Family 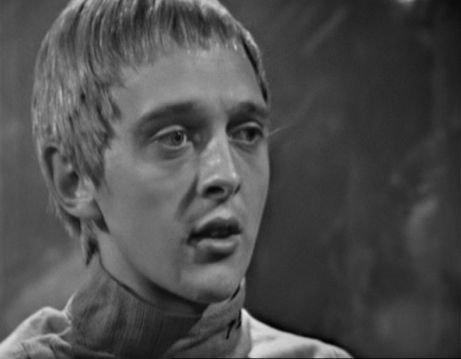 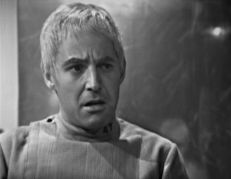 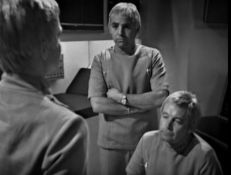