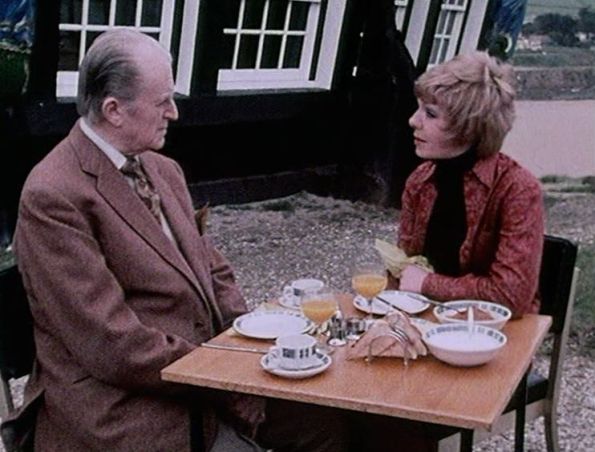 Until quite recently, critical analysis of the 1970’s runs of both Dixon of Dock Green and Z Cars tended to be rather limited.  Usually they were lazily painted as out-of-date dinosaurs – made completely irrelevant by the rise of brash new upstarts like The Sweeney.

Now, thanks to Acorn’s DVD releases, we can begin to get a picture of both BBC series which has enabled a small, but concerted, reassessment.  The Sweeney has long been seen as the anti-Dixon – but I’m not entirely sure that direct comparisons between the two are particularly valid, mainly because they operated in such different areas of the television schedules.

Dixon was a pre-watershed, family show and The Sweeney was a post-watershed, adult show.  Therefore it’s hardly surprising that the tone of each series was very different (although Dixon could throw in a darker, harder-edged story from time to time and The Sweeney was no stranger to lighter, more off-beat stories).

What’s certain is that the television schedules could easily accommodate both programmes (there’s no reason why all police series have to follow the same template).  Having said all this, whenever Dixon tackled a story that revolved around topics that The Sweeney could also have covered, comparisons are inevitable.

We’ve now moved ahead to series twenty.  There is another surviving episode from series eighteen (Molenzicht) but it remains unreleased due to unspecified rights issues and all of series nineteen was wiped.  Derek Ingrey’s Eye Witness kicked off series twenty and was originally broadcast on the 29th of December 1973.

Anne Hastings (Gwyneth Powell) witnesses a gangland murder and is immediately taken into police custody for her own protection.  As the only eye witness, she’s a vital part of the police’s case – without her testimony there’d be no hope of a conviction.  So it’s clear that her silence (by whatever means necessary) would be welcomed by a number of people, not least the intimidating Mr Colly (Steve Plytas).  But Anne Hastings is no innocent – she’s antogonistic and headstrong, which makes minding her something of a problem.

Although Gwyneth Powell would become a household name to a later generation (thanks to her decade or more running Grange Hill) she also enjoyed a very active career during the seventies in a variety of different series.  In Dixon alone she appeared five times, playing five different characters.  Her first two appearances, both in 1972 (The Bad Debt Men and The Fingerman) have been wiped, but her later two turns in Looters Ltd (1975) and Domino (1976) do exist.  Outside of Dixon, she gave memorable performances in The Guardians and Villains, amongst others.

On the wrong side of the law, Steve Plytas (possibly best remembered as Kurt, the Manuel-obsessed chef in the Fawlty Towers classic Gourmet Night) is intimidating as the gang’s Mr Big.  Stephen Greif has enjoyed a long career, often playing villains, so his role here as Tony isn’t too much of a stretch, but even when he’s got little to do he’s still watchable.

It’s difficult to avoid it, but the major flaw in this story is the fact that Dixon is assigned to mind Anne Hastings.  Yes, he does have the assistance of a female police officer (and the three of them travel out of town to a location that hopefully isn’t known to the gang) but this really stretches credibility to breaking point.  Jack Warner was seventy eight when this was made and he does look his age.  When selecting an officer to guard a vital witness against dangerous gun-toting criminals, who in their right mind would choose Dixon?!

If you can ignore this (fairly major) lapse in credibility, then Eye Witness is a decent enough story.  The location work is especially nice since it’s a break from the streets around Dock Green.  But it’s undenialble that the clash between an old-school copper like Dixon and a gang of violent armed criminals is jarring.  They would have worked perfectly well in The Sweeney, but they seem a little out of place here.  Dixon could do stories like this, but the series was always better when it played to its own strengths and concentrated on character-driven drama.

It’s a watchable yarn but it’s easily the weakest of these early surviving episodes.