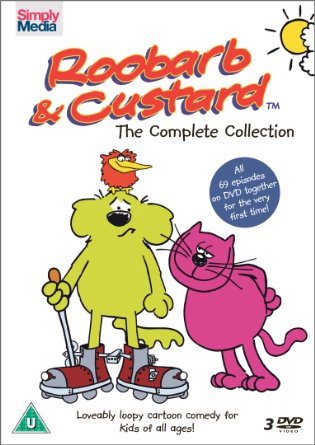 Roobarb, which first aired in 1974, was one of a number of children’s series (The Magic Roundabout was another) which aired on BBC1 just before the six o’clock news, thus ensuring that it attracted a large adult viewership in addition to its intended target audience.  This is probably the one of the reasons why it’s maintained a certain cult status ever since, although there are several others.

Firstly, Grange Calveley’s scripts are funny.  Although they lack the layered humour that Eric Thompson brought to the Magic Roundabout, there’s still plenty of decent puns and weird flights of fancy to enjoy.  For example, in When Roobarb Found Sauce, Roobarb is concerned to find that the pond has dried up and sets out to find its source.  This leads him to the centre of the Earth where a strange creature provides him with the pond’s sauce, which turned out to be chocolate (his favourite!)

Richard Briers’ narration is a major plus point as well.  Briers was a master storyteller, and each five minute episode benefits enormously from his spot on comic timing.  As good as the scripts are, Briers makes them just that little bit better.

And lastly, Bob Godfrey’s unmistakable animation gave the series a look and feel unlike any other on television at that time.  Although Godfrey wasn’t the only animator to work on the original (he tended to lead a core group of around four or five animators) every episode has the same hand-drawn feel which makes it seem as if it was the work of an individual.  The animation style chosen, known as “boiling”, gave Roobarb a deliberately rough feel – as colour was crudely added with marker pens and varied from frame to frame.

The minimalist style (despite the fact that most of the action took place in the garden, there was little attempt made to colour in the backgrounds – instead they remained a plain white) also helped to create a certain atmosphere.  Of course this was no doubt borne out of necessity – the cruder the animation, the quicker it could be done – but thanks to the quality of Calveley’s scripting and Briers’ narration you can forgive the rough-and-ready nature of the visuals.

As for the main character, Roobarb is terribly appealing.  He’s an eternal optimist, always ready with an invention or a plan to make everyone’s life a little better.  Things don’t always work out quite the way he intends though, and when disaster strikes he finds Custard the cat and the birds forming up to mock his efforts.  But no matter, Roobarb always bounces back to hatch another scheme next time.

Roobarb ran for thirty episodes which were repeated on numerous occasions.  As with several other classic children’s shows it received a twenty-first century makeover and returned for another series, this time entitled Roobarb and Custard Too.

Roobarb and Custard Too ran for thirty nine episodes, which were broadcast on C5 during 2005.  As with the original, Grange Calveley provided the scripts and Richard Briers the narration, although this time the visuals were generated via computer animation (the “boiling” look of the original was kept).  The opening episode, When There Was a Surprise, provides us with a clear example that this is a 21st Century Roobarb as it concerns Roobarb’s efforts to build his own computer (out of wood and other scraps) and how he’s able to get it working, courtesy of Mouse.

Although the increased cast of characters in Roobarb and Custard Too slightly diluted the enclosed charm of the original, it was still a witty and entertaining series and whilst it’ll probably never surpass the original in many peoples affections it certainly has its moments. 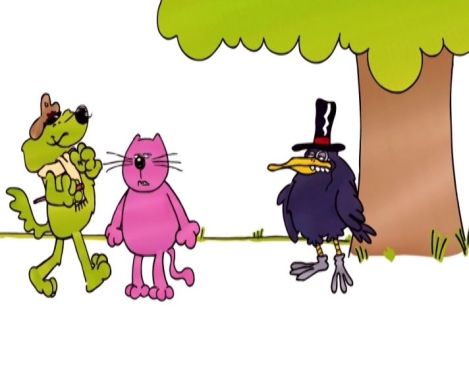 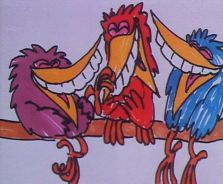 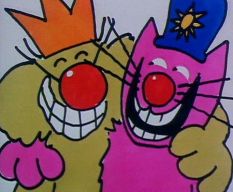 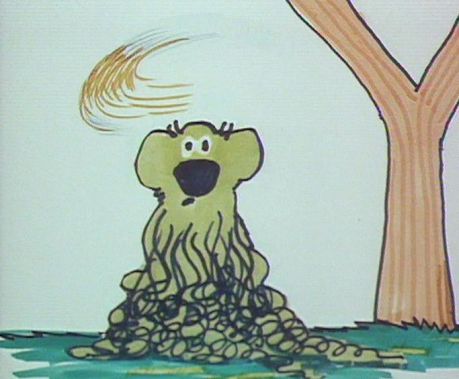