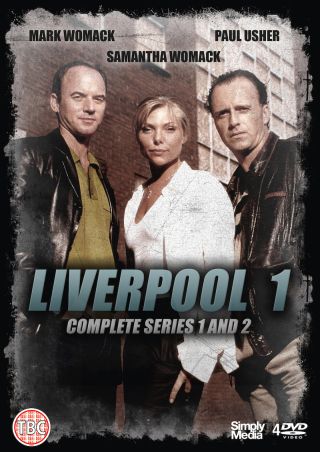 Running for two series and a total of twelve episodes between 1998 and 1999, Liverpool 1 was a decent attempt to produce an edgy, non-London based police series.  Although The Bill (1983 – 2010) was still very popular at the time, its long decline had definitely begun (an over-reliance on the tangled love-lives of the boys and girls at Sun Hill was one reason why).

But whilst it was past its best, since The Bill was such a dominant presence during the 1980’s and 1990’s it meant that rival series often struggled to generate a distinctive feel and tone.  Some that succeeded, such as Between the Lines (1992 – 1994), did so by focusing on a specific area which hadn’t been examined in depth before (in Between the Lines‘ case it was the work of the Met’s internal Complaints Investigation Bureau).

Although Liverpool 1 has the feel of a traditional police series, from the opening scene it’s also clear that we’re operating in unfamiliar territory.  Our first glimpse of DC Mark Callaghan (Mark Womack) is highly instructive – we see him break into a flat and start an argument with its male occupant.   Callaghan then begins to throw the man’s belongings (including the television set) out of the window, before also throwing out the man himself.  There can be no clearer way of demonstrating that DC Callaghan is a loose cannon.  He’s a far cry from George Dixon (or even Jack Regan).

DC Isobel de Pauli (Samantha Janus) has recently transferred to Liverpool from the Met and is teamed up with Callaghan.  Their partnership begins as an inverse of the traditional “buddy” pairings of police shows.  Pauli is an experienced and capable officer, but initially she’s a little out of her depth – Liverpool has its own codes, traditions and criminal network which are a mystery to her.  It would normally be the job of her partner to instruct and guide her, but Callaghan is remote and unapproachable.

The nature of Callaghan’s motives and loyalties are a major factor which help to drive the series.  As in Between the Lines, the division between the police and the criminals they’re pledged to catch is sometimes blurred.  Liverpool’s crime boss John Sullivan (Paul Usher) always seems to be present. He claims to be a legitimate businessman, but is that the truth?

Callaghan’s extended family comes into play. One of his brothers, Ian, is a priest whilst another, Patrick (Scott Williams), is not only a junkie but also acts as an informant.  Patrick’s evidence was supposed to put away Sullivan’s younger brother Mikey, but a procedural cockup meant that the case was dismissed.  With John Sullivan now threatening vengeance (a memorable low-key performance from Usher) this helps to increase the pressure on Callaghan, which is exacerbated after Patrick is shot and Mikey dies in Callaghan’s custody.  The revelation that Callaghan and Sullivan are “sort of” cousins just raises the stakes even higher and sets up one of the series’ running themes.

The developing relationship between Pauli and Callaghan is an intriguing one. Pauli is open and friendly whilst Callaghan is internalised and closed-off.  The “will they, won’t they?” question is inevitably aired.  Both are in relationships to begin with, but it wouldn’t be a complete shock if they did get together.  But there’s also a spark between Pauli and Sullivan, which doesn’t please Callaghan.  He bluntly points out to her just how vicious his cousin can be, although his own relations with him are sometimes cordial. Families can be complex ….

Although Callaghan and Pauli sometimes enjoyed a frosty relationship, it was a different story for Mark Womack and Samantha Janus.  They married in 1999 and are still together today (which is the reason why she’s credited on the packaging under her married name of Samantha Womack).

In addition to Womack and Janus, Liverpool 1 has a strong supporting cast.  Tom Georgeson (a regular in Between the Lines) plays DI Howard Jones whilst Eamon Boland was another face familiar from previous police series (he’d appeared in The Chief).  Boland appears as Chief Inspector Graham Hill.  Andrew Lancel, who would later put in over a decade’s service in The Bill, has a non-police role as Ian Callaghan.  Paul Broughton and Katy Carmichael play the other two police regulars, DS Frank White and DC Joanna McMullan.  DS White is lovable but hopelessly disorganised (his inability to concentrate sometimes put the others, such as Pauli, in danger) whilst DC McMullan spends a large part of series one sniping at Pauli (although by series two this enmity seems to have disappeared).  The likes of Leslie Phillips, Ian McNeice, Del Henney and Victor McGuire make guest appearances although many of the one-off roles are played by less familiar television faces.

Apart from the continuing story of Callaghan’s clashes with Sullivan, one of the highlights of series one concerns the hunt for a missing boy.  George (Ian McNeice) is a convicted paedophile who comes under suspicion and is subjected to an intensive grilling by DI Jones. Both McNeice and Georgeson give stand-out performances.  The case sees Jones pushed to breaking point and Georgeson excels, especially towards the end.  The same episode sees Pauli attempt to forge a closer relationship with Callaghan by inviting him for supper with her and her partner. Neither are particularly keen, which infuriates her!

The second series has several intriguing plot-threads which develop over the course of the six episodes. Pauli is now single, her feelings for Callaghan are still mixed (to say the least) and John Sullivan wants to turn informer (or does he just want Pauli?).  The stand-alone plots are, like series one, concerned with the seamier side of life.  A good example is episode two, which sees piano teacher Peter Kitchen (Adrian Rawlins) accused of indecent assault by one of his teenage pupils, Simone Kelly (Rachel Townsend).  Pauli instantly believes her and disbelieves him, whilst Callaghan is more non-committal.  This once again shows a clear division between their characters – Pauli is instinctive and quick to react, whilst Callaghan prefers to be inscrutable and unreadable.  It’s another dramatic and powerful episode which serves as a fine vehicle for Janus.

Liverpool 1 never really seemed to catch the public’s attention and so it came to an end after only two series.  This was a pity, as Womack and Janus bounce off each other very effectively and they also interact well with the other regulars. 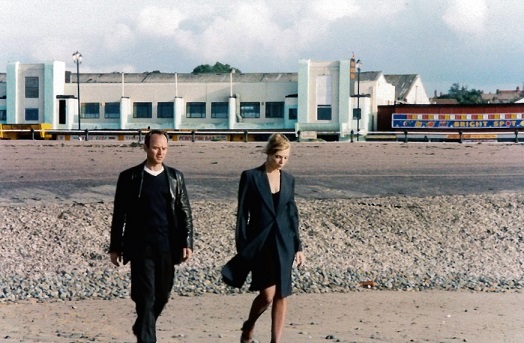