When a crashed foreign airliner is found to contain parts which could form an atomic bomb, the authorities fear that further attempts might be made to smuggle parts into the UK.  So Peter Brady is put on the case ….

This is a rum old story and no mistake. Thanks to a very unconvincing piece of stock footage we see Helen Peversham (Barbara Shelley) triumph in a big golf tournament in France. Helen’s heading back to Britain, but by the shifty way her chauffeur – Hanstra (Terence Cooper) – is behaving, it’s obvious that he’s stashed something inside her golf bag.

The authorities have clearly moved at lightning speed since the custom points have now been fitted with Geiger counters, thereby allowing all luggage to be scanned. Hmm, okay then. When MacBane (Edward Hardwicke) checks Helens golf bag the counter goes crazy.  He doesn’t say anything to her, but quickly gets on the phone to Sir Charles (Ewan McDuff) at the Ministry.  Sir Charles then tells Peter that Helen was carrying a canister of Uranium 235. Sorry? How exactly did he work that one out?

Helen’s husband, Lord Larry Peversham (John Arnatt), is an ardent peace campaigner, but he’s been duped into helping the baddies. They’ve told him that atomic bombs will be placed in the capital cities of all the major powers (in order to create an atmosphere of stalemate) but they’re obviously lying and he was remarkably trusting to believe them ….

Rather wonderfully, the bomb is installed in the basement of the Peversham’s house, which allows a shocked Helen to discover it. By now I have to confess that nothing in this loopy story could possibly surprise me.

Barbara Shelly and John Arnatt help to paper over the cracks as does William Squire. He plays Waring, the Peversham’s valet, who – like Hanstra – is also involved in the plot. Is every person on Peversham’s payroll a baddy? It would be a remarkable coincidence if so, but this story has something of an “end of term” feel, so maybe logical thought had taken a slight holiday. Squire’s good fun as the glowering Waring anyway – he was always an actor you could depend upon to provide a spot of top-class villainy.

Brady is, ahem, rather invisible in this one and does little which the authorities couldn’t have done themselves. Which in a way rather sums the series up. By not concentrating on Brady’s invisible plight, the show instead tended to shoehorn him into generic crime/thriller plots where he didn’t always fit.

Few of the stories are valueless – the guest casts are always worth watching at least – although it’s fair comment that the show does sometimes settle into a rut.  But whilst it can be a little samey and predictable, it’s also well-made and entertaining. It’s certainly one that I’ve enjoyed revisiting and no doubt I’ll come back to it again in the future. 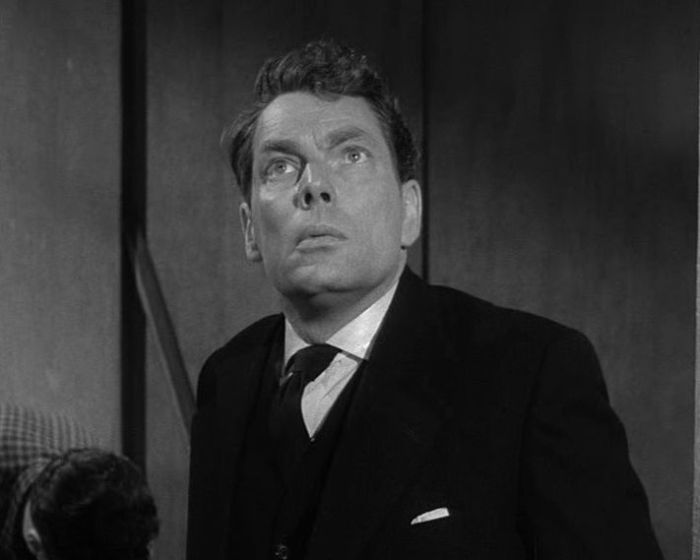