Skip to content
HomeDoctor Who – The Web of Fear. Episode Two 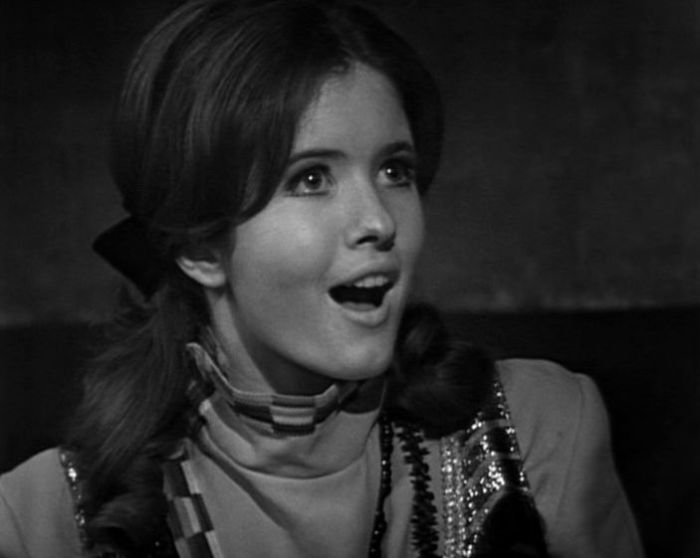 With Patrick Troughton on holiday, episode two allows the others, especially Frazer Hines and Deborah Watling, a little more screen-time.

Jamie and Victoria’s first encounter with the aged Travers is a treat.  Camfield favours lingering on Victoria’s delighted face as she instantly realises that the old man in front of them is the same person they encountered forty years earlier in Tibet.  It’s a nice touch that Victoria is several steps ahead of Jamie, who doesn’t recognise Travers to begin with at all (although when he finally twigs, his comment – “here, hasn’t he got old? Oh, but we’re very pleased to see you, Professor. Very pleased” – is lovely).

CHORLEY: Oh, for goodness sake, why is everybody being so evasive? Why won’t anybody answer any questions?
ANNE: Perhaps they’re afraid you’ll interpret them in your own inimitable style.
CHORLEY: And what does that mean, pray?
ANNE: It means you have a reputation for distorting the truth. You take reality and you make it into a comic strip. In short, Mister Chorley, you are a sensationaliser.
CHORLEY: You smug little redbrick university ….
ANNE: Don’t say it, Mister Chorley. I have a very quick temper and very long claws.

Ouch! It’s interesting that although Web was made some fifty years ago, Chorley’s character – a unscrupulous journalist – is still a very recognisable one. The more things change ….

Jack Woolgar gives a lovely performance as Staff Sergeant Arnold. Arnold is your archetypical NCO – a gruff, no-nonsense type who’s easily able to keep his subordinates in order. Amongst his charges is the familiar face of Richardson Morgan (as Corporal Blake). Morgan would later turn up in The Ark in Space. Also good value is Stephen Whitaker as Craftsman Weams.

The arrival of Driver Evans (Derek Politt) adds a little levity to the story. He’s a comic, cowardly Welshman (if his accent wasn’t obvious enough, then the fact he turns up singing the Welsh national anthem provides the audience with another clue as to his nationality. Not the subtlest of characterisations then).

The Yeti look very good when lumbering through the tunnels on film. When they pop up on videotape it’s fair to say that they’re slightly less impressive, but Camfield is still a good enough director to ensure that they don’t look completely ridiculous (other directors might not have been so successful on this score).

There’s already a nice sense of claustrophobia and unease throughout this instalment, which increases as the story progresses. Although the Troughton era tended to overdose on base-under-siege stories, when done well (as here) they’re gripping entertainment. By the end of the second episode, the parameters of the story have been established – a small group of heroes isolated in the underground and menaced by the Yeti on all sides.

With Victoria lost in the tunnels and the Doctor still missing, things are nicely set up for episode three.