Skip to content
HomeDoctor Who – The Web of Fear. Episode Three 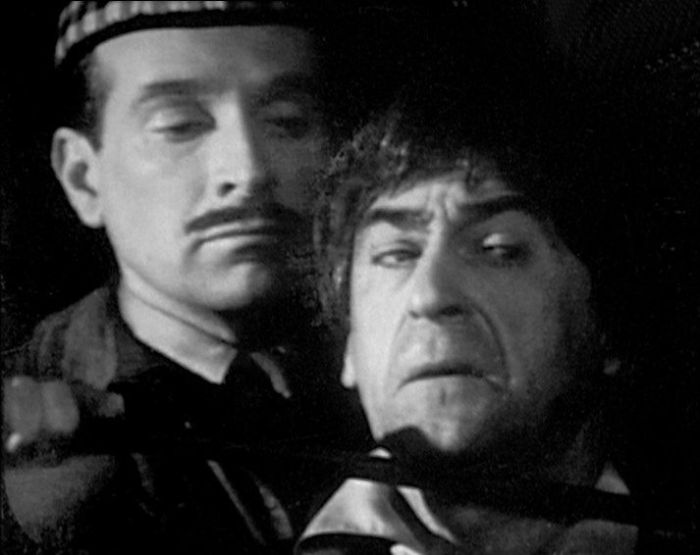 The major irritant is that it denies us our first glimpse of Nicholas Courtney as Lethbridge-Stewart (although since nothing from his debut existed in the archives before 2013 we can’t grumble about this too much).  And if there had to be a missing episode, then better this one than the next (the Covent Garden battle sequence would have been a much more serious loss).

Although Courtney’s characterisation as Lethbridge-Stewart is already pretty recognisable, the Colonel we see here isn’t quite the Brigadier that he’d become from The Invasion onwards.  Like some of the others (notably Chorley) he’s given the odd, off-key moment, suggesting he might have a secret to hide.   The fact that the story will shortly raise the spectre that the Intelligence must have a mole inside the fortress raises the possibility that the Colonel may well be a traitor ….

Chorley’s undergone something of a transformation from the previous episode.  Although things looked grim then, he was calm and in control. But now he’s suddenly become hysterical and desperate to leave.  Again, this suggests that he may be a man with his own agenda (or it could possibly be that he’s simply a coward, thinking only of his own survival).

The return of the Doctor energises the story – he quickly takes command and impresses the Colonel with his practical suggestions.  Lethbridge-Stewart also has ideas of his own – getting rid of the annoying Chorley by creating the superfluous job of “co-ordinator”, for example.

The Colonel is also in his element when leading a briefing.  Interestingly it’s Anne who is slightly riled when everybody’s presence is requested (“a briefing? We’re not in the army yet”) rather than the Doctor. It would be easy to imagine the Pertwee Doctor expressing a similar sentiment, but the Troughton incarnation was always much more easy-going.

But although the Doctor may appear to be pretty placid, it’s plain that there’s plenty going on under the surface. This was always one of the joys of Troughton’s Doctor. He didn’t need to dominate proceedings like Jon Pertwee or Tom Baker’s Doctors, he was content to sit, watch and wait. But when he spoke, people tended to listen – as seen with this short exchange between him and the Colonel.

DOCTOR: Someone here is in league with the Yeti. Maybe even controlling them.
COLONEL: What?
DOCTOR: The main door didn’t open by itself, did it? It may be any one of us.
COLONEL: Me, perhaps?
DOCTOR: Perhaps.

Based on what we later know, the idea of Lethbridge-Stewart as a traitor is laughable, but at this point we simply don’t know him, so it’s completely possible.  And the fact that Troughton doesn’t overplay this moment – he delivers his lines in very a matter-of-fact way – makes the scene even more powerful.  Unlike some of his successors, Troughton tended to understand that less was more.

Jamie spends most of the episodes stuck in the tunnels with the rather annoying Evans, whilst Victoria’s back in the fortress with the others. She doesn’t do a great deal in the episode sad to say, partly this seems to be because Anne – a more dominant character – is rather taking the limelight. And it’s a pity that as the episode draws to a conclusion we’re left with a whimpering Victoria and a slightly angry Doctor (she’s told Chorley about the TARDIS – a bad move if he’s the agent of the Intelligence).

The sudden death of Weams (the first – but not the last – of the established characters to die) and the cliffhanger shot of a terrified Travers tangling with the Yeti (who have been mostly off-screen during this twenty-five minutes) provides a strong hook into the next episode where – hurrah! – the pictures will move again. 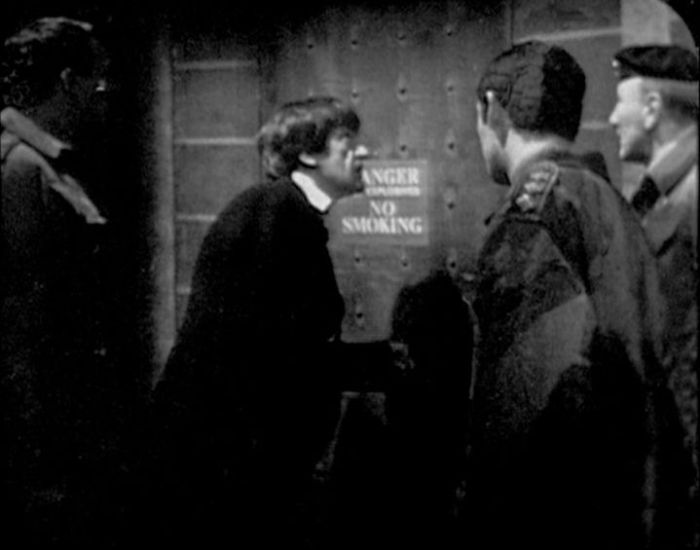