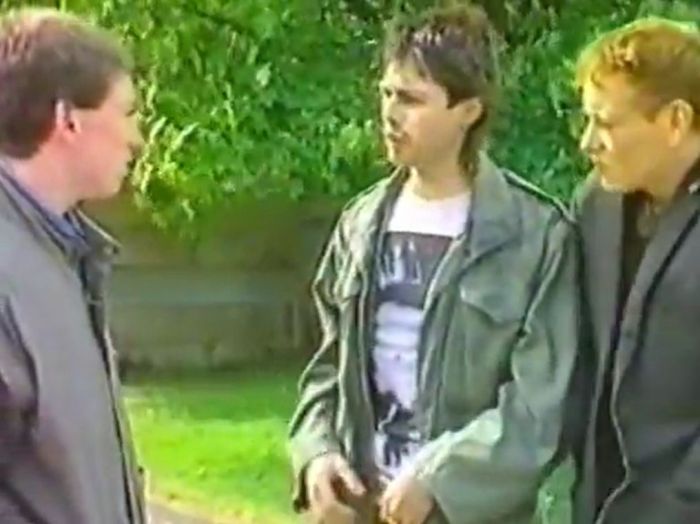 We saw several times last year that Zammo appeared to have kicked his drugs habit, only for his (fairly transparent) lies to be quickly found out.  So when Jackie sees him handing over money to Howard and Doug she naturally thinks the worst.

Zammo – for once – is blameless, but convincing Jackie isn’t easy.  Although given that she and Zammo are no longer an item, neither should be that bothered about what the other thinks.  Except it seems inevitable they’ll get back together (had they not, it would have been something of a surprise) so this scene serves as evidence that Jackie – despite her previous polite indifference – still cares deeply for Zammo.

He’s more blatant, telling her that he can’t cope without her. But such obvious emotional blackmail doesn’t cut any ice with her. Not yet anyway …

Danny’s continuing to have regular swooning fits.  And still everybody is slow to react.  To be fair, the staff – with the notable exception of Mr Bronson – are beginning to wonder if something is wrong (although somebody really should have done something by now).  Unsurprisingly Mr Bronson simply believes the boy is displaying his usual inattentiveness and contempt for authority and places him on report.

Mr Scott’s hanging around the staffroom, five minutes after the bell has gone, clearly wishing he could be anywhere other than Grange Hill. You can’t blame him – since Imelda, sporting a portable(ish) radio is intent on causing trouble. And Mr Scott’s plaintive “not in here Imelda” isn’t going to cut any ice with her.

Mrs McClusky shows her human side by offering Zammo and Fay, revising for their resists in the library, some moral support. They’re both feeling a little low – as they’ve effectively dropped down a year they now feel isolated from the rest of the sixth-formers. Or maybe it’s just that both are still pining for their lost loves – Jackie and Mr King respectively.

Donkey Watch. Harriet isn’t the quietest of beasts (which the milkman – making his early round delivery – notices). Ziggy dreams of being a manure king – but unlike Gonch (who would have been concerned only making a profit) Ziggy plans to sell it in order to buy more food for Harriet. It’s the perfect circular solution.

Exercise is going to be something of a problem though, so Ziggy and Helen knock up a disguise.  What they come up with is very silly – never mind, just another fifteen episodes and we’ll be able to bid Harriet a fond farewell.  Mrs McClusky is somewhat surprised to discover a pile of dung on the path. I love the way that Mr Griffiths, walking beside her, casually looks up into the sky. Was anybody convinced by his suggestion that a very large bird was responsible? I don’t know, but it’s a nice comic moment.

Meanwhile Roland has suddenly turned into a remorseless hardman, casually blackmailing Mr Griffiths as if he’d had years of practice.  Having found out about Harriet, Roland uses his knowledge to force Mr Griffiths into finding them a larger common room.  Cue indignant spluttering from George A. Cooper as Mr Griffiths eventually realises he’s been outmanoeuvred and is therefore forced to accede to Roland’s request. But first he has to vent his feelings to Harriet. “Terrible thing blackmail. Once you give into it, they’ve got you”.

Now that Harriet is becoming more and more ubiquitous, surely it can’t be long before she’s discovered?  Well yes, but that’s not the end of the story ….. 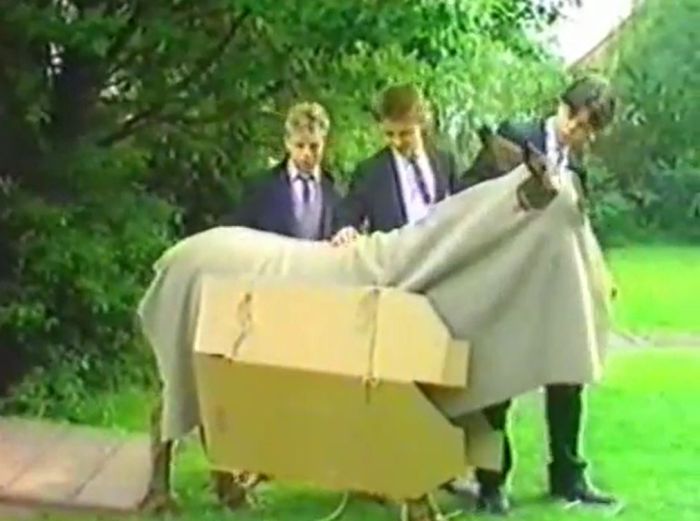