Skip to content
HomeDoctor Who – The Aztecs. Episode Four – Day of Darkness 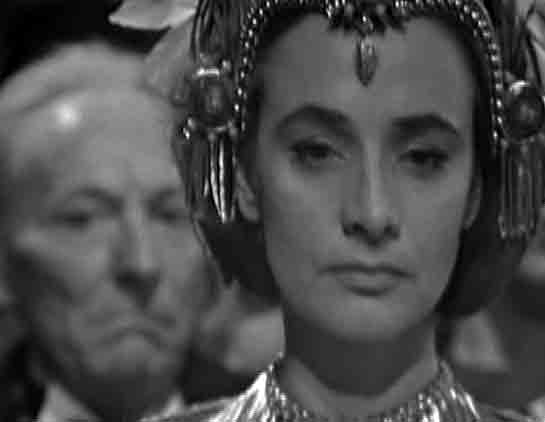 After Ian successfully manages to re-enter the tomb (via a hazardous journey from a tunnel which starts in the garden) it seems that escape should now be a formality. But as this happens right at the beginning of the episode it’s obvious there will be complications.

Pulling the tomb door open from the outside doesn’t work, so Ian elects to go back through the tunnel and open it from inside again. But when Ian and Susan find Autloc senseless in the garden, attacked with Ian’s club, he finds himself once again the victim of a frame-up (this happened to him in the previous story, so he should be getting used to it by now).

It was Ixta, on Tlotoxl’s instructions, who attacked Autloc. This benefits Tlotoxl in several ways – it drives a wedge between Autloc and Barbara and also discredits Ian. With Susan due to be punished for her refusal to agree to an arranged marriage (her tongue and ears will be pierced with thorns) this final episode has skillfully drawn several different jeopardy threads together.

After Cameca frees Susan, it’s not clear why Ian doesn’t follow them. Instead, he disguises himself as a guard – presumably in order that he can fight Ixta to the death. Thankfully, this climatic fight was shot on film at Ealing and therefore is much more convincing than the others seen earlier in the story. Although it’s hard not to distracted by the wrinkly backdrop (a pity it couldn’t have been smoothed out a little better).

With Autloc having renounced his position and possessions in order to wander the wilderness it appears that all Barbara has achieved is to destroy one man. The Doctor offers a more encouraging spin on events, but it’s left to the viewers to decide whether he’s correct or simply trying to comfort her.

BARBARA: What’s the point of travelling through time and space if we can’t change anything? Nothing. Tlotoxl had to win.
DOCTOR: Yes.
BARBARA: And the one man I had respect for, I deceived. Poor Autloc. I gave him false hope and in the end he lost his faith.
DOCTOR: He found another faith, a better, and that’s the good you’ve done. You failed to save a civilisation, but at least you helped one man.

The Aztecs is undeniably a quality production – it’s well acted, well written and impressively directed by John Crockett (even allowing for the limitations of the studio).

Although I have to put my hand on my heart and admit that I do find it somewhat uninvolving (the comic-strip antics of The Keys of Marinus are much more entertaining). But it’s an excellent vehicle for Jacqueline Hill and William Hartnell, with William Russell also enjoying some decent material (Carole Ann-Ford is less involved, mainly because she was largely absent from the middle episodes).