There’s a strong school vibe to the opening scene (the trainees are performing various exercises under the eagle eye of Miss Windrup). Maureen is her blue-eyed girl – making a bed with consumate ease – whilst Pat continues to be a problem pupil (her attempts at bandaging aren’t terribly impressive).

The school feel continues when Pat realises that they’ve gone past their allotted time by several minutes. Miss Windrup makes the point that if this was real life they wouldn’t just down tools and let their patient bleed to death. So the less than impressed Pat is told to have another go. Also disgruntled is Sarah Regan (Debbie Ash) who’s forced by Miss Windrup to clean the blackboard ….

Once we get past this scene, the hospital is left behind as Pat and Maureen go out for the evening, with the end result being that their friendship is severely tested. This shouldn’t come as too much of a surprise though – ever since they encountered each other for the first time it’s seemed plain that their relationship – due to their totally different characters and outlooks – is a rather brittle one.

To begin with, their differences are teased out in an amusing way. Maureen is an incurable optimist (remarking that it’s a lovely evening) whilst Pat is an equal and opposite pessimist (she replies that it’s just started to rain). The girls are heading out to see Maureen’s aunt, Mrs Riley (Sheila Manahan). Although it’s a bit of a trek to reach her – she lives on the other side of London – Maureen assures Pat that it’ll be well worth it. The lovely food, the warm welcome they’re going to receive …

This exuberant build up suggests that the reality will fall somewhat short. And so it proves. The food appears to be average at best whilst Mrs Riley is a fairly dour conversationalist. These are nice scenes, with Maureen’s awkwardness and Pat’s irritation both being palpable.

Things look up when Mrs Riley’s son, Barney (Karl Howman), returns home. Barney is something of a proto-Jacko (it only takes him a few seconds to laser in on Pat). It seems plain that Pat quickly organises a secret assignation with him (although we have to wait a while for this to be confirmed). But whilst the audience would have already picked up the vibes (Pat’s keen to pop in to a pub on the way home, but doesn’t really want Maureen around) it takes much, much longer for the penny to drop with Maureen.

Her painful lack of life experience is laid bare over the course of the lengthy pub scene, which lasts for the remainder of the episode. This is manifested in various ways (not realising that the singer is a man dressed as a woman, say). Another example is the fact that the strictly teetotal Maureen is later plied with alcohol by Pat and the recently arrived Barney in an attempt to get rid of her. A rather cruel act on Pat’s part (despite the fact she later tries to laugh it off as a joke) considering she knew that Maureen was abstaining on religious grounds.

The evening from hell then careers downhill a little more with the arrival of Beryl (Jane Lowe). A middle-aged nurse who trained at St Angela’s but now works at another hospital, she pours out her relationship woes to Maureen. This revolve around her friendship with someone called Alex, who does work at St Angela’s. The inference is that Alex is a married man, but the fact that Beryl never refers to them as “he” is more than suggestive.

When Alex turns up, we discover that it’s the formidable Sister Easby. The precise nature of their relationship remains nebulous though – are they still sharing rooms because that’s what nurses tend to do or is there a stronger bond? We’ve already seen with Shirley that certain nurses can find themselves isolated from their peers, so it wouldn’t be unusual if two such unloved people continued to huddle together for companionship.

If Maureen acts rather dimly for the duration of this episode, then Pat matches her by being boorish and insentive (the highlight being when she teases Maureen that all her family must be members of the IRA) . So whilst neither emerges with distinction from this one, possibly the showdown in the pub will help Maureen to toughen up and be a little less trusting. Time will tell. 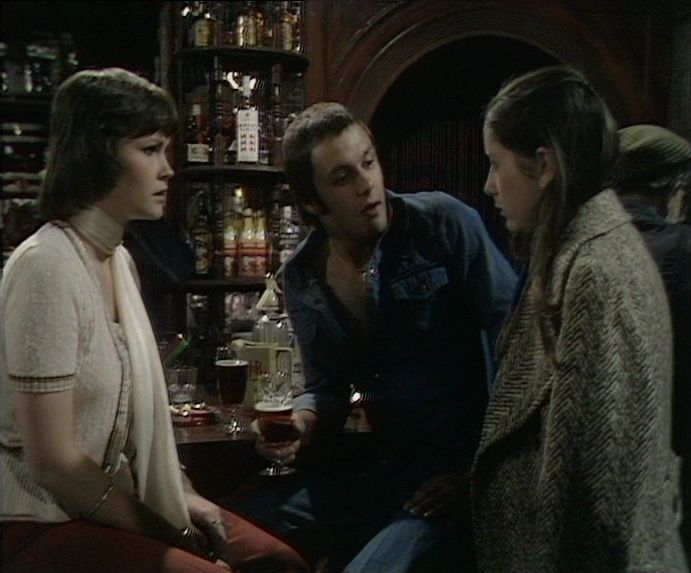