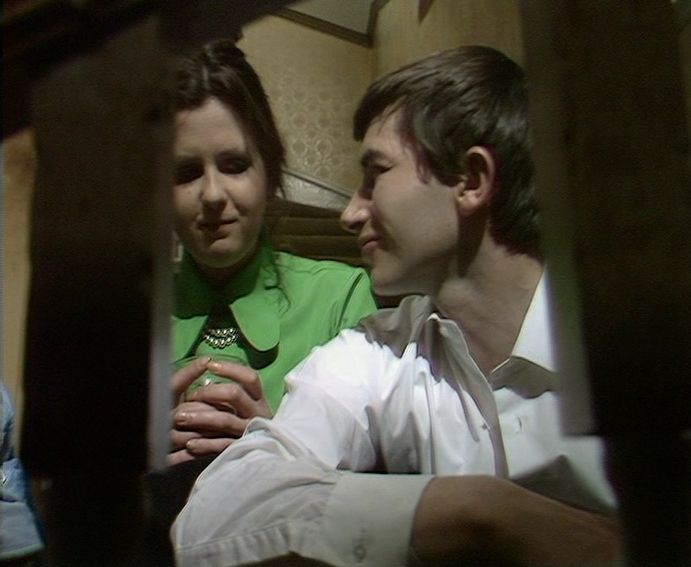 Following directly on from the previous episode, Saturday Night centres around a party attended by Jo and Shirley. As you might expect it’s something of an exercise in awkwardness for Shirley – although the uncomfortable feeling starts long before she reaches the party.

At home, picking out the clothes she’s going to wear, there’s a strong sense of just how out of practice she is with this social interaction lark. Her eventual choice – pretty formal – confirms this (especially after we observe how casually Jo is attired).

When we first see the party flat – all groovy posters and copyright-free library music – it’s totally bereft of party-goers, which is something that concerns the three friends who’ve organised the shindig (they include Elizabeth Adare, best known for The Tomorrow People). They needn’t have worried though, as soon the joint is jumping ….

Across the course of the episode we meet three men – Brad (Brian Anthony), Gordon (Colin Higgins) and Mark (Graham Faulkner) – all of whom might be potential partners for three of our Angels. Are any of them suitable? Hmm, let’s see.

Brad rates highest on the irritant scale. Lasering in on Jo like a heat-seeking missile, he’s monumentally rude to everyone else – especially Gordon (who like most of the party-goers is training to be a nurse). One of the few non-medical staff at the party, Brad expresses incredulity that a man could want to be a nurse (jokes about having to wear stockings and homosexuality then follow).

Although Jo is quick to spring to Gordon’s defence, she does later admit that male nurses can be a bit off-putting. Her example – their hands seem so large when handling babies – is a little odd though.

Gordon couldn’t be more different from Brad. Quiet and reserved, he seems like the ideal companion for Shirley. It would at least save her from hovering around the fringes of other people’s conversations, looking lonely and left out. Shirley attempts to make conversation with Gordon, but it’s hard going at first. But then he’s in a pretty depressed state, having just returned from a funeral, so the jolly atmosphere of a party isn’t probably the ideal place for him. The two misfits do eventually bond though, united in their outsider status.

Meanwhile back at the hospital, Sita finds herself being chatted up by Dr Mark. Eschewing the party, Sita plans to spend a quiet night writing a letter home to her parents and relaxing by herself in the common room. But Mark has other ideas ….

If the sight of Shirley at the party generates a feeling of awkardness then so does the initial meeting between Sita and Mark. As previously seen, Sita is a nice, courteous and placid girl who therefore is totally unable to tell Mark to buzz off. He’s not downhearted by her initial lack of response though and ploughs on regardless. My favourite line of his has to be “has anyone ever told you what fabulous hair you’ve got?”

During Mark’s cross-examination we learn something of Sita’s background (she arrived with her family four years ago from Uganda). The revelation that Sita has never been to a party astounds Mark (by this point I was beginning to warm to him. Pushy he might be, but he also seemed genuinely interested in Sita as a person). This era of drama often featured young ethnic characters prevented from sampling the delights of Western civilisation by their parents, but it’s much more unusual for the youngster to be self-regulating, as Sita is.

Both Jo and Shirley receive knock-backs. Jo’s clearly well shot of the loathsome Brad but Gordon’s decision to pretend that his evening’s heart to heart with Shirley never happened feels much more significant. For Shirley, who rarely finds herself with male company, it’s an obvious blow. Her initial tears and later stony face (as she observes the newly arrived Sita and Mark) hammers this point home.

With no hospital action (we do see some beds, but no patients) Saturday Night continues to develop the characters of the regulars. Shirley and Sita benefit the most – since both are reserved and private people there’s obviously more to work with. Jo enjoys a decent slice of the narrative even if we don’t learn anything new about her, whilst poor Maureen and Pat, relegated to the comedy subplot, mainly reinforce their already established personas. 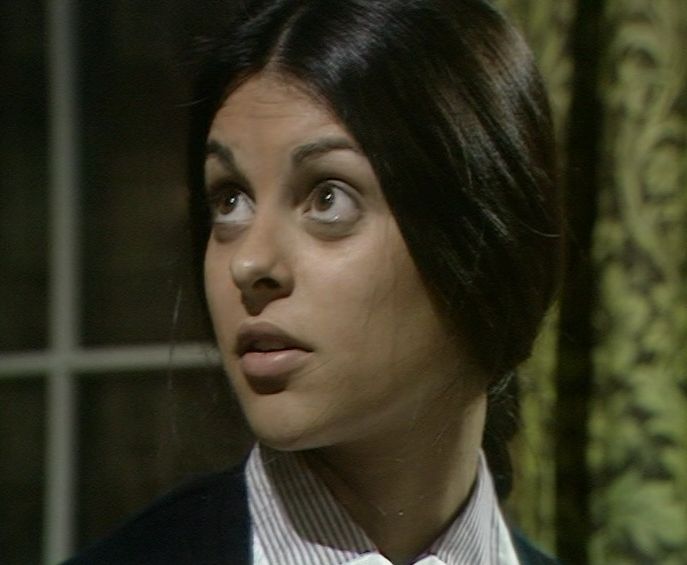