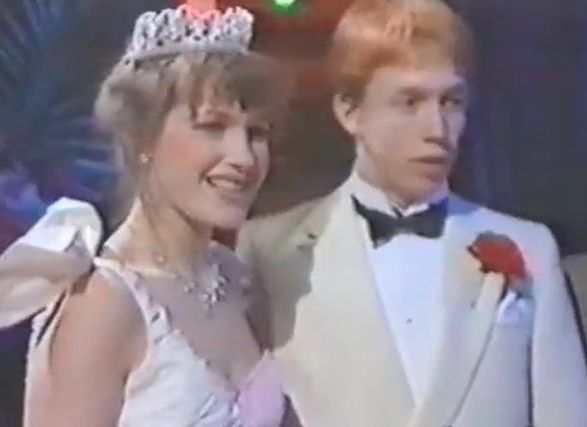 It’s the day of the prom and Ziggy and Georgina still haven’t got dates. This is an odd one, since it’s already been established several times throughout the series that they have a case of mutual attraction. Maybe the idea was to spin out the will they/wont they tension (i.e. will they/won’t they have a dance) right until the end of the episode.  Goodness knows why, as it’s hardly edge of the seat stuff.

Nothing of note really happens in this episode – it’s more a case of deriving enjoyment from small character moments.

Several revolve around the departure of Mr Bronson.  When he, Mr Griffiths, Miss Booth and Mrs McClusky are gathered together, the naturally garrulous Mr Griffiths can’t help but blurt out the clearly heartfelt sentiment that everyone will miss him.

That leaves a slightly awkward pause, with Mrs McClusky feeling duty bound to say something (“we wish you luck”) even if she can’t bring herself to agree with Mr Griffiths.  Mr Bronson responds with “you are very kind” and walks away without looking at her. That’s a perfect summation of their always icy relationship.

Later, Mr Bronson is called to the stage to receive his present (a strippogram who doesn’t actually strip – well this is kid’s tv).  He then makes a short and emotional speech in which maybe more of Michael Sheard than Mr Bronson was peeking through ….

So Ziggy is off, back to Liverpool. He at least gets a chance to say goodbye – Gonch, Mandy, Fiona, Vince and Susi also all bow out, but don’t have leaving scenes.

Gonch and Mandy have both scrubbed up very nicely – Gonch in his tux (which is later mangled by Mauler) and Mandy in a ballgown complete with tiara (her transformation from early series wallflower to prom beauty is therefore complete). Fiona doesn’t have much to do today, but then she’s been underused all year – which means that the loss of her character from the series will barely cause a ripple.

We get to meet Vince’s dad (played by Christopher Driscoll) for the first and last time. He gives Vince and some of the others a lift to the prom – although he could only run to a mini, rather than a limo.

Robbie’s date is finally revealed – it’s Ms Beatley from the radio. There’s a stunned reaction to this, which is fair enough (surely she’s a little old to be playing around with schoolboys?) Robbie, of course, is incredibly smug about it all – but then he’s been very smackable all year long.

The inevitable confrontation between Mauler and Trev (there can be only one Rambo, remember) is thankfully diffused when Mr Robson also comes dressed in the same garb. Indeed, the fancy dress aspect is one of the episode’s pleasures – especially spotting some of the odder costumes worn by the extras.

This was Ronald Smedley’s fourth and final year as producer. Covering the period from Christmas 1985 onwards, there were some highs along the way (Zammo’s heroin addiction) and some pretty dispiriting lows (Harriet the donkey).

Indeed, although Smedley’s producership started quite brightly in 1986 (possibly inheriting material from Ben Rhea’s brief time as producer?) GH hasn’t been firing on all cylinders for a while, which suggests that a change of producer was overdue. Albert Barber would be in the chair from series thirteen to sixteen – a period when Grange Hill began to pick up momentum again …. 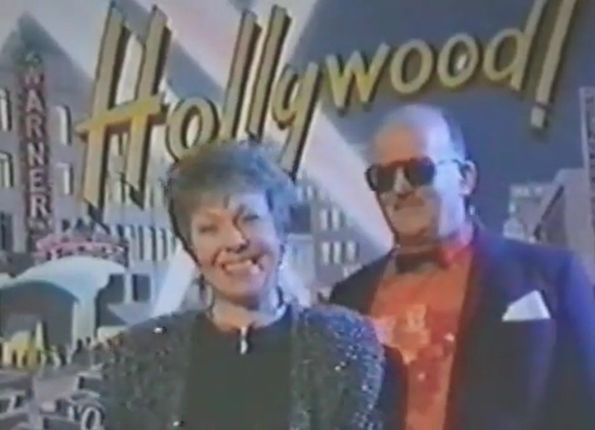