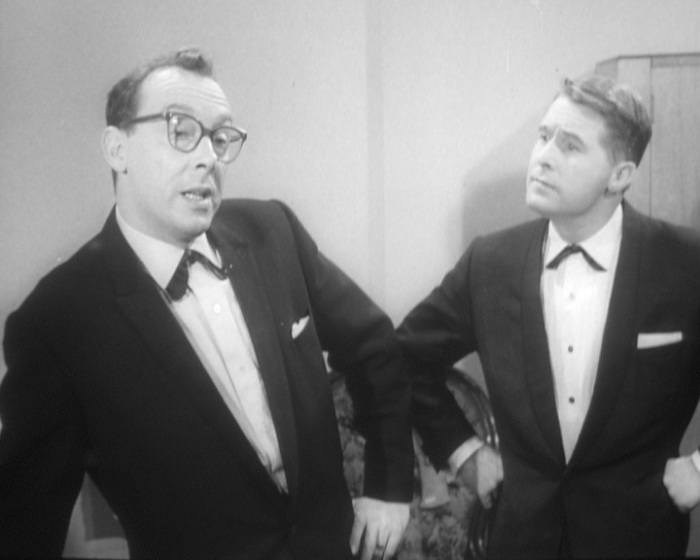 Below is a press release from the BFI, detailing the archive treats from the upcoming Missing Believed Wiped event at the Southbank this Saturday. There’s plenty of interest, not least the fact that Hartley Hare will be in attendance! Hopefully the material featured will find a wider audience at a later date – either via television rebroadcasting, online streaming or DVD releases.

For more than 2 decades the BFI’s Missing Believed Wiped has showcased rediscovered television material returned to the archives via Kaleidoscope, the classic TV archive based in Birmingham. 2018 marks the 30th anniversary of the organization. To celebrate this special milestone and long term partnership with the BFI, Missing Believed Wiped has handed the reins over to Kaleidoscope to programme this 2 part summer special at BFI Southbank on 11 August. Reflecting on their 30th birthday, Chris Perry, Kaleidoscope CEO, commented, “For 30 years we have been finding lost television. Today is a great opportunity to showcase the many finds made since 1988, which have included The Avengers, Crossroads, Out of the Unknown, The Likely Lads and Top of the Pops.”

Screening a wealth of screen rarities and rediscoveries from the archives as well as presenting Kaleidoscope’s latest exciting finds, this curated programme will include a previously unknown 1963 Morecambe and Wise public information film, one of the earliest drink drive campaign films, and lost episodes of classic children’s television including early Ivor the Engine in black and white and an episode of Pipkins, starring Hartley Hare. Missing Believed Wiped audiences are also in for a rare treat with the first public screening of The Séance, a ‘lost’ untransmitted 1978 single drama from acclaimed playwright Jack Rosenthal (Yentl, The Lovers), directed by Renny Rye.

Started in 1988 by a group of college students, Kaleidoscope is a unique archive repository for lost television footage, working alongside the BFI’s Missing Believed Wiped, BBC Treasure Hunt and ITV’s Raiders of the Lost Archive in helping to find, preserve and catalogue the nation’s television heritage. Over the years Kaleidoscope has collaborated with the BFI on programming Missing Believed Wiped, researching archive DVD releases and returning significant finds into the National Archive. Like the BFI National Archive, which looks after one of the largest and most important collections of television in the world, Kaleidoscope stores one of the UK’s largest private archives of British television with over 750,000 items, including The Bob Monkhouse Collection and the Jeremy Beadle Archive, alongside various holdings from both the BBC and the different ITV programme archives. Kaleidoscope also operates a flourishing publishing company, runs TV Brain (the television database equivalent to IMDb) as well as making archival television programmes and a recently launched DVD range.

On 11 August Missing Believed Wiped host David Hamilton will reflect on Kaleidoscope’s achievements from the last 30 years with 2 celebratory sessions introduced by special guests including ITV children’s television favourite, Hartley Hare (aided and abetted by his handler Nigel Plaskitt) and Renny Rye, director of The Séance.

The programme includes a compilation of classic public information films made for the Central Office of Information (COI) recovered over the last 30 years.  This includes a recently found Morecambe and Wise Drink Drive Christmas campaign from 1963. Ninety seconds of pure comedy genius, the film, which hasn’t be seen by the public for over 50 years, sees Ernie tell Eric to ‘be wise’ and not drive home after their Christmas party. The film was found in a box of 1960s-era 35mm cigarette advertisements recovered from Ulster Television who were in the process of moving to new premises in Belfast. On this incredible comedy find, Gary Morecambe comments, “I thought I’d seen every possible recording of Morecambe & Wise, so was both surprised and delighted by this recent discovery.”

Kaleidoscope will bring the retrieved film into the BFI National Archive, to be preserved on behalf of The National Archives as part of the Central Office of Information (COI) collection. Coincidentally, two decades later, Ernie Wise made another appearance in a public information film, for the National Blood Service alongside Morecambe and Wise regular, Glenda Jackson. Blood Donor: Glenda and Ernie (1981) was recently digitized and made available by the BFI as part of the NHS ON FILM collection.

A generation of viewers grew up with Smallfilms’ timeless and much-loved colour children’s series of Ivor The Engine, but who remembers the earlier black and white films made for Associated-Rediffusion in the 1960s? Kaleidoscope’s Chris Perry went hunting and found a missing early episode; Ivor The Engine: Mr Brangwyn’s Box (ITV, 1963). Screening as a tribute to Peter Firmin, the Smallfilms co-founder who recently passed away, this fully restored episode was retrieved from a pig shed on Firmin’s farm.

Another children’s television favourite, ITV’s 1970s pre-school puppet series, Pipkins, featured the irascible rascal Hartley Hare. Introduced by Hartley himself and series creator Nigel Plaskitt, Kaleidoscope will screen the rediscovered, Pipkins: Snapshots (ITV, 1980). This episode was found whilst Kaleidoscope were digitising the IBA Education Archive, now held by the National Arts Education Archive (NAEA) based at the Yorkshire Sculpture Park. As Hartley Hare says, “I’m so grateful to Kaleidoscope and the BFI for showing this lost episode. Now everyone can enjoy what I watch on an endless loop in my own luxury private screening room”.

Master puppeteer and puppet coach Nigel Plaskitt (Spitting Image, The Muppets, PG Tips’ Monkey, Hitchhiker’s Guide to the Galaxy, Avenue Q), will also present the world premiere of Monty and Co, with an episode of his brand new pre-school live-action puppet internet series, made and voiced by the original Pipkins team.

Kaleidoscope will also screen a recently recovered ITV promo reel from 1965. This showcase of children’s television from ‘around the regions’ includes rare contributions from the smaller stations such as Ulster, Grampian and Channel TV. A rare treat in this formerly lost promo is the only known 1960s live footage from Puffin’s Pla(i)ce, Channel TV’s birthday greetings show, which ran from 1963 to 2013 becoming ITV’s longest-running children’s programme. Previously, only filmed news footage survived from this era of the programme.

Over the years Kaleidoscope has helped the BFI and other archives recover a significant number of missing UK plays and single dramas into their collections. Most impressively perhaps, Kaleidoscope helped the BFI locate many prestigious UK plays that were missing from within the Library of Congress Archive, resulting in over 100 hours of very important single plays being brought back into the Archive, including the 1965 version of Orwell’s 1984, Ibsen’s The Wild Duck and Jean Anouilh’s Colombe, featuring a young Sean Connery.

Missing Believed Wiped and Kaleidoscope are therefore very excited by the discovery of The Séance (BBC, 1978), a ‘lost’ Jack Rosenthal single drama which has recently come to light. Director Renny Rye (The Box of Delights) had kept the tape for 30 years in his personal collection before donating the tape to Kaleidoscope. Made as a training film for the BBC and adapted by Rosenthal from an Isaac Bashevis Singer short story, this short play was never broadcast. A true rarity, Renny Rye will introduce this first public screening. Rosenthal’s widow Maureen Lipman comments, “I can’t wait to see The Séance after working with Renny on The Evacuees (1976), Alan Parker’s first film, and sharing my life with the Isaac Bashevis Singer of Manchester, Jack Rosenthal. Thanks to Kaleidoscope for completing Jack’s archive”.

Other programme highlights include Medico (BBC 1959). Long thought lost, this drama-documentary about the work of the Post Office coast stations who monitor distress calls from ships, features the RNLI Penlee Lifeboat shortly before it was destroyed at sea. The film was recovered from the RNLI Archives. This was a particularly poignant find for Kaleidoscope, who have supported and raised over £20,000 for the charity. Family members of those who survived the Penlee Lifeboat disaster are expected to attend and discuss the work of the RNLI.

Hollywood horror legend Boris Karloff was the host of Out of this World, a sci-fi plays series made for ITV in 1962. A rare UK television appearance by Karloff, only a single play survives which Kaleidoscope discovered in 1989 and the BFI subsequently released on DVD. Kaleidoscope will screen a specially-filmed trail for the series which was revealed and recovered into the archive in 2016.

The event will end with a unique screening of a long-forgotten John Betjeman television epilogue filmed inside the Granville Music Hall in London’s Fulham Broadway. Filmed shortly before the demolition of this beautiful Victorian theatre, Betjeman’s emotional epilogue was the very final broadcast of the defunct station Television Wales and West. Previously missing at ITV Wales Archive, this delight has not been seen by any audience since March 1968.

Tickets for both Missing Believed Wiped sessions on Saturday 11 August at 13:00 and 15:30 are now on sale, with joint ticket option available for both sessions.