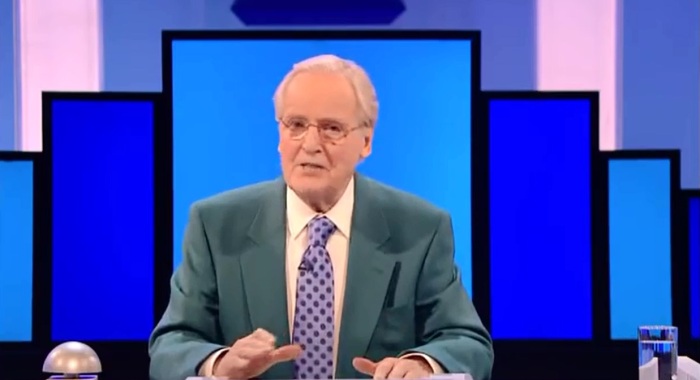 Just A Minute – the evergreen radio panel game – has made the transition to television on several occasions.  Following two unscreened pilots in 1969 and 1981, the next attempt (in the mid nineties) was rather more substantial. Two series both of fourteen episodes aired on Carlton, although the purist in me slightly recoiled from the various changes made to the format. In 1999 the BBC got in on the act with a run of twenty episodes (this was better, although it did have the gimmick of displaying an on-screen clock).

The last television incarnation to date was also broadcast on the BBC. Ten episodes, aired in 2012, were made to celebrate the programme’s 45th anniversary (a slightly strange birthday to mark).  There were, thankfully, no format changes – this was pure unadulterated JAM.

What do we gain with the visuals? Not a great deal – although the set (which changes colour when the clock starts) looks very nice and Nicholas Parsons’ range of jackets and blazers are also highly noteworthy. Possibly the most interesting part of the television version is that we have the ability to study the four players of the game. Some – like Julian Clary – listen very intently when somebody else is speaking.

Pretty much all of the regulars and semi-regulars from the radio incarnation at the time made the transition. Paul Merton – always entertaining, especially when he’s on Parsons-baiting form – is great value, as are many others including Stephen Fry, Josie Lawrence and Gyles Brandreth. A few newcomers – such as Russell Tovey – were also thrown into the fray.  Most newbies tend to struggle and Tovey was no exception (delightfully, Nicholas Parsons attempts to offer him some sage advice as the episode wears on – such as sitting up straight!).

Given how good these episodes are, it’s surprising that more weren’t made, although it is fair to say that television isn’t exactly short of panel games at the moment. All ten episodes from the 2012 incarnation are knocking about on YouTube and they – along with the radio original – are well worth checking out. 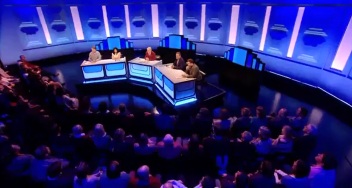 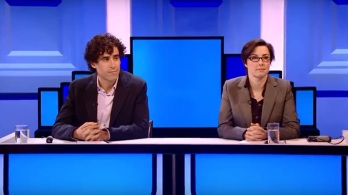 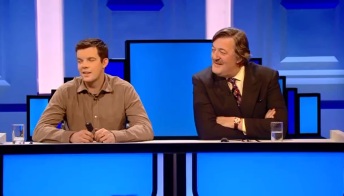 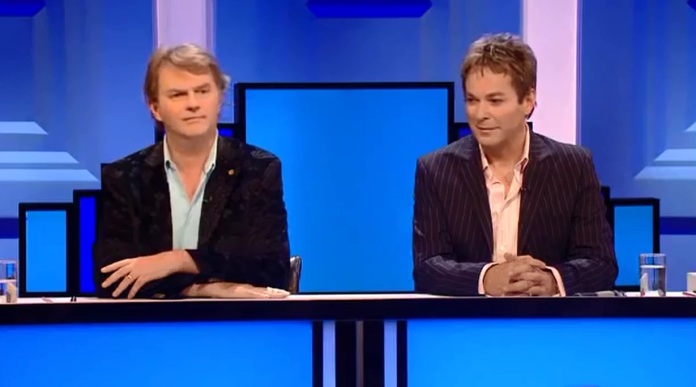