Skip to content
HomeStar Trek – Dagger of the Mind 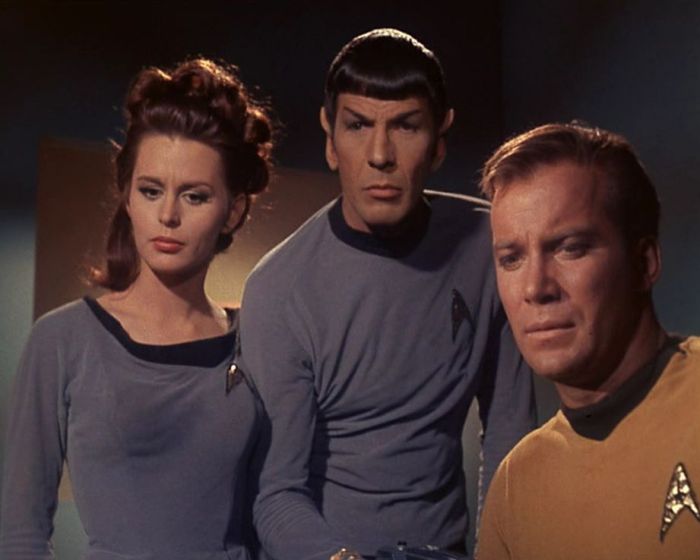 When beaming cargo up from a penal colony, if it’s large enough to conceal a human being you should probably approach it with caution ….

Dagger of the Mind is a really interesting episode. It may feature a huge dollop of sexism (which of course isn’t a rarity for the original series) but there’s also a wonderfully cynical streak running throughout it.

As I’ve touched upon before, the Star Trek universe is often held up to be a shining utopia, but on closer inspection (especially during these early episodes) that’s not really the case at all.

Tantalus V is a rehabilitation centre for the criminally insane. Kirk has only heard good words about such places (likening them to holiday resorts) although McCoy is more cautious. “A cage is a cage, Jim”.

Dr Tristan Adams (James Gregory) runs the facility and has been a highly respected professional for decades. And yet it’s discovered that his work revolves around patients being subjected to mind-bending rays and other (unspecified) treatments which appear to leave them little more than docile vegetables.

Only one inmate – Lethe (Susanne Wason) – is allowed a voice. Apparently completely rehabilitated, she’s now employed as a therapist. We’re told that her treatment has merely suppressed troubling areas of her mind – which feels a little disquieting.

Adams doesn’t appear to have suddenly gone mad. Which suggests that his work during the last twenty years or so has received the tacit approval of the authorities. This is uncomfortable, as is the fact that we never learn exactly why each intimate has been sent there – just who has decided that they’re criminally insane?

Had Adams’ number two,  Dr. Simon van Gelder (Morgan Woodward), not stowed away on the Enterprise then it seems unlikely that any of this would have come to light. In space no-one car hear you scream.

Quite why Adams and van Gelder fall out isn’t made clear although it may be that van Gelder recognised just how dangerous the neural neutralizer could be (when Adams is killed and van Gelder returns to the colony, Kirk is told that it’s been destroyed).

If that’s meant to suggest that all will now be well it doesn’t quite do the trick. Even though Kirk and McCoy share an end of episode smile to reassure the watching audience ….

Morgan Woodward rachets the intensity up to eleven during most of his scenes. It’s a remarkable performance – all bulging eyes and sweat – and plays in sharp contrast to James Gregory’s remarkably controlled Dr Adams. Of course the fact that Adams is so nice and accommodating can’t help but set the alarm bells ringing.

This week’s space totty is Dr Helen Noel (Marianna Hill). Kirk isn’t pleased to learn that McCoy has picked her to accompany him to the planet’s surface. Something obviously happened between them at the last Christmas party, but it’s not made clear exactly what.

I love the idea that the Enterprise has Christmas parties! There’s so much scope for interesting stories there …

Helen, of course, is devastatingly beautiful. But despite being a fully qualified professional, most of the episode finds her written down in the sort of patronising way that was typical of the series. The fact that she doesn’t pick up on the strange vibes all around her (zombie-like patients walking through the corridors) is a mark against her.

Her hero worship of Kirk is also a little eye-opening. This part of the story does give Shatner the chance to score some nice comic reaction shots, but it doesn’t help to stengthen Helen’s character.

The moment when she uses the neural neutralizer to implant a romanticised vision of herself and Kirk in his mind is also noteworthy. Although Kirk’s overactive libido has become one of the series’ running jokes, at this point of the show’s history he’s been very restrained. True, he does later give Helen a good old snog, but then he was under the influence at the time.

She finally redeems herself by disabling the force-field, allowing Spock and a troupe of red shirts to beam down. I love the casual way Kirk sends her off on this life or death mission, telling her that if she touches the wrong wire then she’s likely to be fried!

The original drafts featured Janice Rand rather than Helen Noel. It’s quite easy to see how Janice would have fitted in – especially since it’s already been established that she carries a torch for Kirk.

Later script rewrites by Gene Roddenberry rather obscured the reasons for Adams’ actions (one of the reasons why Shimon Wincelberg asked for the pen-name of S. Bar-David to be used).

Dagger of the Mind doesn’t feel totally satisfying, mainly because we’re left with the impression that little has changed on Tantalus V by the end of the episode. But the episode does generate plenty of food for thought during its fifty minutes. 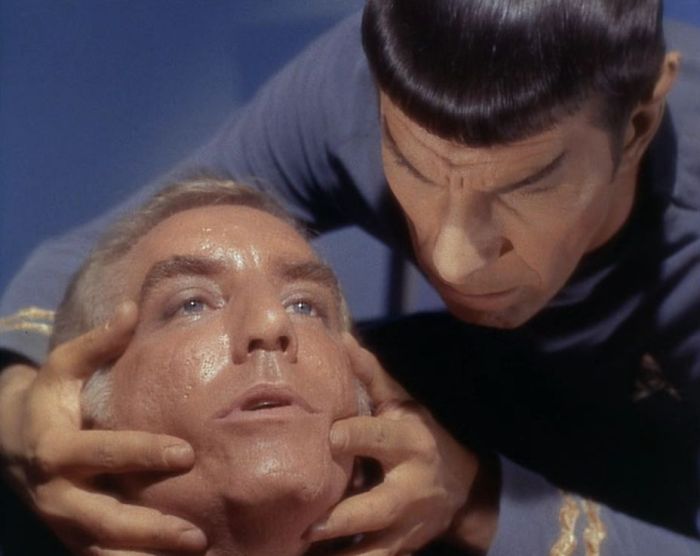