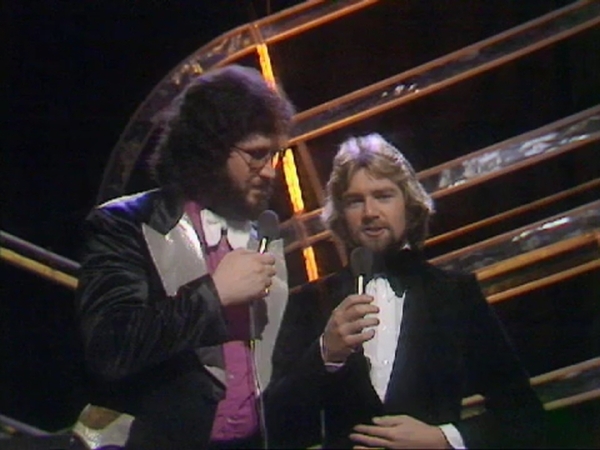 Once again, the revels are taking place in a studio eerily devoid of an audience, so our hosts – Dave Lee Travis and Noel Edmonds – have to do their best to create an atmosphere with only regular blasts of canned applause for company.

Things get off to a suitably jaunty start courtesy of the Rubettes and Sugar Baby Love. One of those manufactured bands so popular during the seventies (Paul Da Vinci supplied the soaringly high vocals but it was Allan Williams who fronted the group and mimed to Da Vinci’s recording) it’s all good, clean fun.

Next there’s a video clip of John Denver with Annie’s Song. After that we return to the studio for Alvin Stardust and Jealous Mind. Few men could work the camera like Mr Stardust – he spends virtually all the song looking directly down the camera lens which certainly helps to create a connection between the singer and the audience.

George McCrae (Rock Your Baby) is our next Christmas treat. Indeed, the camerawork begins by emphasising that the time is a Festive one – it opens on a shot of a lonely cracker before slowly panning up the length of McCrae’s body. This allows us plenty of time to take in his impressive flares and a shirt open to the navel. He might be lacking an audience, but McCrae still gives it all he’s got.

The cheese factor is strong when Stephanie De Sykes turns up to sing Born With a Smile on My Face. She’s perfectly fine, as is the song, but her three tanktopped male backing singers do tend to draw the eye.

As fun as most of the show has been, it’s hard not to admit that so far we haven’t had any songs with a real bite. Thankfully, Sparks rectify this with This Town Ain’t Big Enough for Both of Us. It’s a recycled performance from earlier in the year, so at last there’s the sight of an audience. Although what they made of Russell’s capering and Ron’s impressive feats of staring is anyone’s guess. Personally I loved it and it’s easily one of my two favourites from today’s show.

Quickly dashing past Gary Glitter, we find Sylvia with Y Viva España. The show then continues on its bizarre zig zag journey through that year’s pop hits with Queen and Killer Queen. Since it was one of Queen’s rare forays into the TOTP studio, it’s a clip that’s become very familiar, but age has not withered its entertainment value.

Who could you choose to follow Queen? Why, of course it’s Ray Stevens with The Streak. Once again you have to marvel at the way the running order was selected (presumably all the names were drawn out of a hat).

My interest level rises once again as it’s time for Suzi Quatro and Devil Gate Drive. The song is – of course – a pop classic, but it’s the staging that really interests me. For this one they attempted to create the illusion of a packed studio audience by having two people stand at the extreme left of shot and another two at the extreme right. Occasionally looking a little self conscious, they nevertheless do their best to clap along in time. It’s also noticeable that most of the performance is in a virtually locked off wide shot (presumably because of the CSO screen behind the band).

Carl Douglas sings … Kung Fu Fighting (well, what else?). It’s a great performance as not only does he throw a few moves, he also treats us to live vocals (and doesn’t get out of puff either).

Terry Jacks. Seasons in the Sun. That’s a deeply depressing song at any time, but especially post Christmas. Time to press the fast forward button. 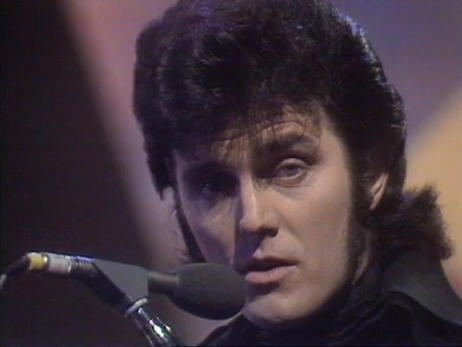 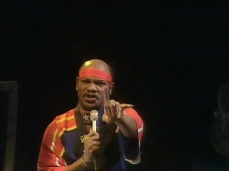 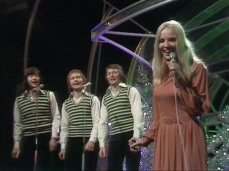 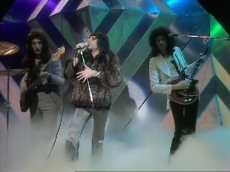 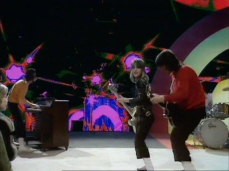 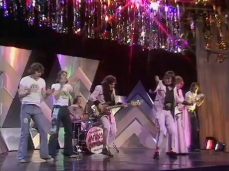 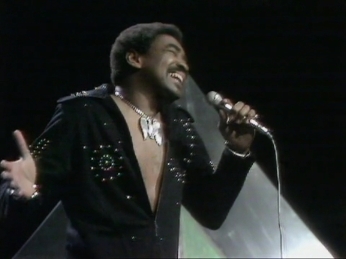 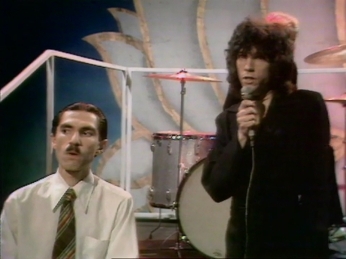