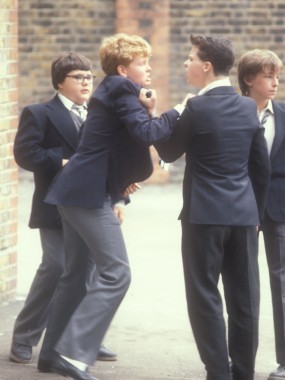 A new series of Grange Hill begins today. This run – the sixth – remains one of my favourites (Gripper continues to dominate the series, although he’ll eventually receive his comeuppance). My previous thoughts on the episode (I see I was too pessimistic about a DVD release!) can be found here.

Later also on BBC1 there’s Beatlemania! (which can be found here), a fascinating fan’s eye view of the Beatles’ extraordinary rise and rise during 1963/1964. It’s interesting that back in 1982 the early years of the Beatles already seemed like ancient history (possibly because most of the available footage was shot in black and white). Kenny Everett and Bob Wooler (Cavern disc jockey) are also on hand with their opinions.

Over on ITV I’ll take The Return of the Pink Panther. Having already enjoyed several Peter Sellers films on BBC2 during the last few weeks, this’ll fit in nicely. Like Sellers’ other 1970’s Panther films, it’s broader than the two he made in the sixties, but it offers plenty of intermittent delights.