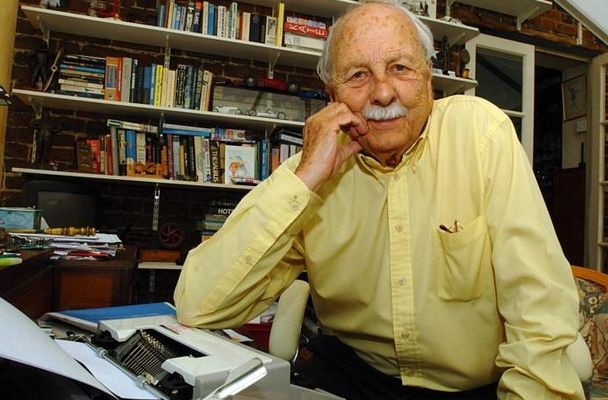 Brian Clemens, one of British television’s most prolific scriptwriters, has died at the age of 83.

Born in Croydon in 1931, he broke into television in the 1950’s and contributed to series such as The Vise, Dial 999, Interpol Calling and H.G. Wells’ The Invisible Man.  During the 1960’s he was a popular writer-for-hire, scripting stories for Danger Man, Ghost Squad, Adam Adamant Lives!, The Baron and The Champions amongst others, but by far his most enduring work during that decade was on The Avengers.

Clemens wrote several scripts during the early years, but it wasn’t until series four (when The Avengers became a film production) that he was to have a major influence on the programme.  Brian Clemens and Albert Fennell took over as producers and they turned the series into an international hit.  But not everybody approved of the more outlandish style and after the end of the fifth series Clemens and Fennell were unceremoniously fired and former producer John Bryce was invited back.

Diana Rigg (who had starred as Emma Peel during the fourth and fifth series) had also left, so Bryce’s first job was to cast a new Avengers girl.  He selected Linda Thorson and the first few stories went into production.  But it quickly became clear that things weren’t working, story-wise, so Bryce was sacked and Clemens and Fennell were reinstated.  Clemens understandably felt vindicated that the network had to come, cap in hand, to Fennell and himself to sort out the mess!

During the 1970’s Clemens would write film screenplays for Captain Kronos – Vampire Hunter and The Golden Voyage of Sinbad whilst his television work would be dominated by three series – Thriller, The New Avengers and The Professionals.

Clemens had originally planned to take something of a backseat with The Professionals after writing the first one, but when he found that some of the other scripts weren’t up to scratch he was forced to write a number of stories himself (eventually contributing 17 stories across the whole run).

In the 1980’s and 1990’s he split his time between the UK and the US.  For American television he wrote episodes of Remington Steele, Alfred Hitchcock Presents, The Father Dowling Mysteries and Perry Mason.  In the UK he created Bugs (1995 – 1999) a series that harked back to some of his past successes, whilst CI5 – The New Professionals (1999) was another show that traded on his past – although this wasn’t as successful and only lasted the one series.

Whilst Brian Clemens will undoubtedly be remembered for a number of key series (The Avengers, Thriller, The New Avengers, The Professionals) his work as a script-writer on other series shouldn’t be underestimated.  To take just one example, he only contributed a single script for Bergerac (Ninety Per Cent Proof from series three) but it’s a quality story that pushes Jim Bergerac into a very dark place.  It’s atypical in many ways (possibly Clemens wasn’t that familiar with the show) but this is a plus point and there’s certainly no indication that Clemens was simply going through the motions.  As ever with Clemens, it’s a tense and exciting story.

Clemens’ son Samuel told BBC News that just before his father died he watched an episode of The Avengers and his last words were “I did quite a good job”.  Something that I think we can all agree on.