Maggie (Penelope Keith) and Andrew (William Gaunt) are on the verge of a new life.  Following Andrew’s retirement, the pair plan to sell their house in England and move to a quiet village in France.  As they sit in the French sunshine, finalising their plans, talk turns to who they’ll invite over.  Both are adamant that Graham and his wife (unflatteringly known as Bootface) should definitely both be persona non grata.  The clear inference is that Graham’s a boring friend who they’re keen to jettison, but shortly afterwards it’s revealed that he’s their only son.

Returning home to England, they learn that Graham and his wife have been killed in a car crash, which leaves Maggie and Andrew with the difficult task of caring for their three grandchildren – Georgia (Ann Gosling), Philip (Mathew Clarke) and Jake (Jamie Lucraft).

What’s striking about the opening episode of Next of Kin is just how unsympathetic both Maggie and Andrew are (especially Maggie).  Even after the news of Graham’s death has sunk in, Maggie is unable to express any grief at all.  As she tells her housekeeper Liz (Tracie Bennett), she had very little time for her son.  Packed off to boarding school at the earliest opportunity, it’s plain that no mother/son bond (or indeed father/son) bond was ever developed.  Even as an adult, things didn’t improve as she regarded him as a pompous, priggish bore.  The last time they saw Graham was five years ago, after Bootface told her on Christmas Day that she didn’t want her to smoke in the house.  That was enough for them to decide they never wanted to see their son and the rest of his family again.  It’s another of those moments that highlights just how selfish and self-centered Maggie and Andrew are (although dramatically there had to be a reason why they hadn’t seen the children for a while – had they been regular visitors it would have dulled the culture-shock of their arrival)

Penelope Keith was no stranger to playing unsympathetic characters – both Margo Leadbetter and Audrey fforbes-Hamilton were self-centered snobs, so Maggie bears some similarities to her two most famous comic roles.  To begin with, Maggie is violently opposed to acting as a surrogate parent, she made a hash of parenting the first time so why should she have to go through it again?  But as part of the series’ theme is redemption (had they all spent three series sniping at each other things would have become very tedious) there’s obvious dramatic potential in watching how Maggie and Andrew slowly get to know and love their grandchildren.  It’s interesting listening to the studio audience during the scenes where Maggie professes she had no love for her son though, unsurprisingly they’re quite subdued.

William Gaunt, previously the harassed nominal head of the house in No Place Like Home, has a similar role to play here.  If Maggie is uptight, then Andrew is relaxed (he’s quite sanguine about taking care of their grandchildren, seeing it as their duty).

As for the kids themselves, Jake is the youngest (seven), his brother Philip is a couple of years older whilst big sister Georgia is in her early teens.  Georgia is initially presented as the most hostile to their new surroundings – she’s the archetypical stroppy teenager with a host of politically correct views inherited from her parents.  All three children (including young Jake) are shown to have picked up character traits from their parents (he still enjoys a bedtime story, but wants Maggie to continue the tale of the whale stranded in a sea of oil – a victim of human greed and corruption).

Liz is on hand to dispense the occasional nugget of wisdom (gleaned from various television and radio phone in shows) whilst battling off the advances of Tom the builder (Mark Powley – probably best known as Ken Melvin from The Bill).  Real life couple Wanda Ventham and Timothy Carlton pop up occasionally as Maggie and Andrew’s best friends Rosie and Hugh.  The four spent many happy holidays abroad together, although Rosie and Hugh now serve as a reminder to Maggie and Andrew that their days of freedom have passed – it’ll be a long time before they can simply decide to leave for a holiday on a whim.

As a family based sitcom, Next of Kin probably slightly suffered from the fact that 2.4 Children was running at the same time.  2.4 Children had a deft blend of parenting topics and surrealistic humour and enjoyed a very long run (possibly only curtailed by the death of Gary Olsen).  Although Next of Kin lasted for three years (an indicator that twenty years ago the schedulers were quite generous – today a middling sitcom would be lucky to get a second series) this wasn’t long enough to show the children developing into young adults – although they still managed to cover a fair amount of ground during the three series.

It may not offer belly laughs, but the combination of Penelope Keith and William Gaunt (especially Gaunt, who’s always worth watching in both comedy and drama) and the three young leads is an attractive one and Jan Etherington and Gavin Petrie’s scripts are quite sharp in places.  It’s never going to be acclaimed as a lost classic, but it does seem slightly unfair that it seems to have disappeared from the public’s consciousness quite so comprehensively.

Next of Kin – The Complete Collection contains all twenty two episodes (seven for both series one and two, eight for series three) across six discs (two discs per series).   Picture quality is fine, although I did notice some sound issues.  Occasionally the sound is rather tinny and there’s brief moments where the soundtrack has an odd, phasing tone.  It never renders the dialogue inaudible, but the changes in the quality of the soundtrack are quite detectable.  Having spoken to Simply they confirm this was a problem outside of their control – hence the disclaimer on the start-up screens. It’s probably something that some people will notice more than others, but it didn’t really detract from my enjoyment of the series. 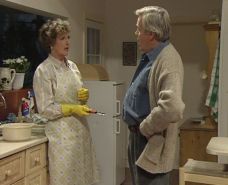 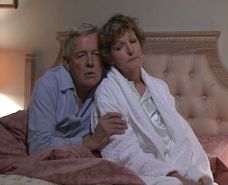 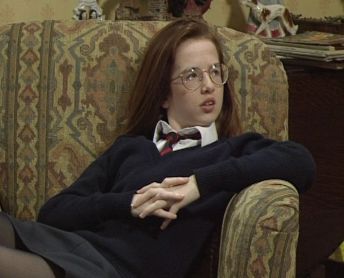 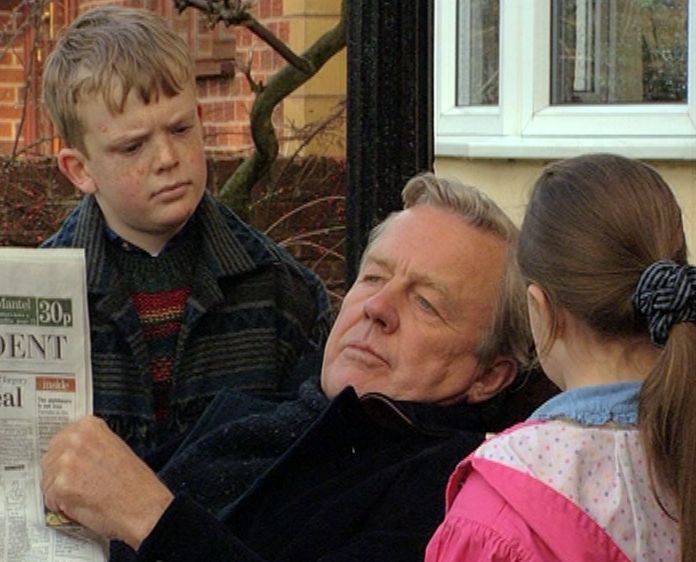 Simply Media continues to be one of the few companies to mine the BBC archives and they’ll be adding another four releases to their increasing range of BBC DVDs next month.

The Ginger Tree, Charters and Caldicott, Next of Kin and Nature Boy are four very different series which should offer something for most tastes.  I have to confess that I’m most looking forward to Charters and Caldicott, thanks to the wonderful combination of Robin Bailey and Michael Aldridge (although the supporting cast, including Tessa Peake-Jones and Caroline Blakiston, is very decent as well).

All four DVDs are due to be released on the 25th of April 2016 and below are some more details on each of them.

The Ginger Tree, broadcast in 1989, is a historical drama set in 1903.  It stars Samantha Bond as a young Scottish woman, Mary MacKenzie, who travels to Manchuria to marry a British army officer.  But she grows disenchanted and begins an affair with a married Japanese nobleman, Count Kentaro Kurihama (Daisuke Ryu).  After bearing his child, she finds herself ostracised by Japanese society.  DVD Review.

Robin Bailey and Michael Aldridge star as Charters and Caldicott.  The characters first appeared in Alfred Hitchcock’s film adaptation of The Lady Vanishes, although this serial finds them living in the modern (1985) world.  After a young girl is found murdered in Caldicott’s flat, the pair turn detective to solve what turns out to be a complex mystery.  DVD Review.

Sitcom stalwarts Penelope Keith and William Gaunt take the lead roles in Next of Kin which ran for three series during 1995 and 1997 (all the episodes are included on this DVD).  Maggie and Andrew Prentice are forced to put their plans for an early retirement on hold when they reluctantly find themselves – following the death of their son – the guardians of their grandchildren.  Gaunt was no stranger to the family sitcom (having starred in No Place Like Home) but the unusual theme of this series makes it worth a look.  Although it managed three series (not unusual for even middling sitcoms back then) it seems to have disappeared without trace since, so it’ll be interesting to see how it stands up today.  DVD Review. 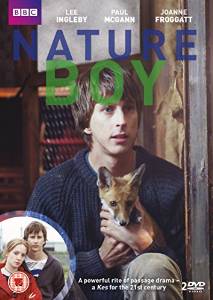 David (Lee Ingleby) only has vague memories of his father (played by Paul McGann) who left home when he was a young child.  Now seventeen, David (endowed with a love of nature thanks to his father’s influence) vows to track him down.  Along the way he finds love, pain and a new life as an environmental campaigner.  Nature Boy, broadcast in 2000, won the Royal Television Society Award for Best Drama in 2001.  DVD Review.