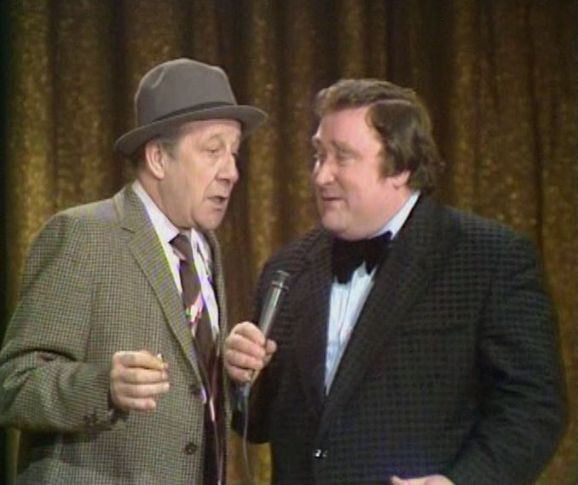 First up are the Wedgewoods, a wholesome singing group.  They’re a vision in blue velvet and the highlight of their song must be when the camera pans into the audience to show us a man clapping with such grim determination that it’s possible to imagine there’s a gun pointing at him off camera!

Next is ventriloquist Beryl Calvert.  She’s quite well-spoken, whilst her doll sports a broad Liverpudlian accent.  It’s a decent act, although it only attracts polite laughter from the audience.  Beryl certainly doesn’t leave any stone unturned when attempting to tug at the heartstrings of the punters though (similar to the way that Keith Harris and Orville would later work).

Buddy Greco makes a brief appearance and he’s far from impressed with the piano he’s been given.  When he tells the chairman he requires a grand piano, he’s told that it’s the grandest they’ve got.  It’s not what he wants to hear, so he kicks the piano over and leaves the stage.  This forces Bernard to fill in, with the assistance of a drunk from the audience (played by Jimmy Jewel).

Jewel was a veteran British variety performer, who had enjoyed a thirty year partnership with his cousin Ben Warriss, before they went their separate ways in the late 1960’s.  After the split, Jewel would continue to rack up an impressive list of film and television credits well into the 1990’s.  At the time of this Wheeltappers appearance he would have been best known for the ITV sitcom Nearest and Dearest, where he appeared alongside Hylda Baker (famously, the pair detested each other in real life).

His comic talents are rather wasted here, as the “joke” is that Bernard and Jimmy perform a song which appears to get a rapturous reception.  But what they don’t realise is that the applause is for the stripper who’s appeared behind them.  So they continue to give encore after encore, whilst the stripper (Marie) takes off another item of clothing.  How long can this joke be stretched out?  Quite a way, it has to be said.

After the break, we’re launched into the middle of Valentino’s act.  It’s a compelling turn – although it might just be the ever-so shiny jacket that piqued my interest.  If you’ve ever wondered how Colonel Bogey would sound on the accordion when played in different countries, then this is the turn for you.  Valentino, born Jackie Farn, has enjoyed a long and successful career, rubbing shoulders with a host of showbiz greats (including the Beatles).  His official website, modestly called King of the Music is worth a look.

After a fairly laughter-free turn from Johnnie Wager, it’s a relief to learn that they’ve found Buddy Greco a decent piano and he’s returned to close the show.  Born in 1926, Greco is still going strong – a survivor from a classic era of music.  In the 1960’s he appeared with the Rat Pack and is a veteran of numerous Las Vegas engagements.  He brings a little of that glamour to the Wheeltappers, although the performance is slightly wonky – not necessarily his fault, since the band do seem to be playing different songs at the same time! 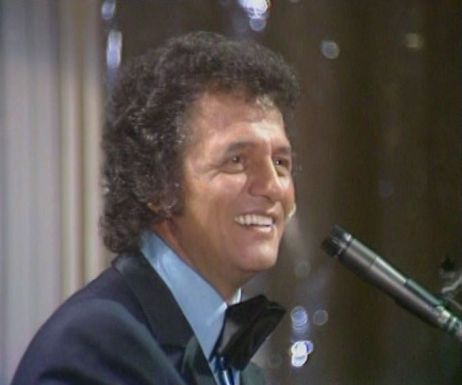