Skip to content
HomeOut of the Unknown – The Naked Sun 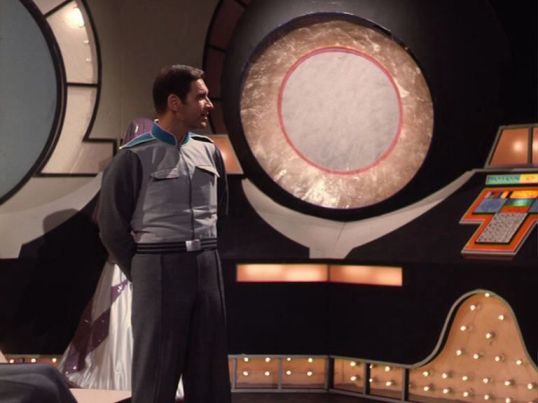 Earth detective Elijah Baley (Paul Maxwell) and his robot colleague R. Daneel Olivaw (David Collings) are sent to Solaria to investigate a murder.  Nothing unusual there, you may think, but Solaria is a closed community, with a deep distrust of Earth.  They also despise personal contact, preferring to communicate only by holographic projections.  And as Baley is unable to speak to anybody in person, this makes the case much harder …..

The Naked Sun by Isaac Asimov was originally published in 1957.  It was the second of Asimov’s robot novels, following the publication of The Caves of Steel in 1954.  Like the first book, The Naked Sun is a detective novel with a SF setting, so Robert Muller’s adaptation had to balance the dual themes of science fiction and detective fiction.

The taboos of the Solarian society are quite interesting, but they feel a little underdeveloped (probably due to the problems in reducing the novel down to a 50 minute television play).  The whodunnit part of the story works better, although again, given the limited time there’s not really the space to examine in detail the motives of all the possible suspects.

Paul Maxwell sounds pretty good as Bailey and the ever-reliable David Collings (last seen in Level Seven) does a decent job as Daneel, even though his part feels a little underwritten – there’s only a few occasions when the fact he’s a robot comes into play, for example.

The Naked Sun has a very strong supporting cast (Frederick Jaeger, Ronald Leigh-Hunt, Neil Hallett, Erik Chitty, amongst others) but the paucity of available photographs means that they tend to be somewhat anonymous.  Because of the lack of photos, composite images have been created (where the image of a character is overlaid onto a newly created background).  And since no pictures of certain actors (like Neil Hallett) exist from this story, headshots of them (from other productions) have been inserted into the new backgrounds.  This does mean that Hallett’s head is rather obviously perched on top of someone else’s body, which is a little distracting.

The audio isn’t too bad, although a little indistinct in places.  There are a few sections where no audio exists – so subtitles help to explain what’s happening during those parts.

Due to the lack of photographic material and the compromised audio, this is a slightly harder viewing experience than Beach Head and it’s undeniable that some of the complexity of Asimov’s original novel has had to be sacrificed in order to cut it down to a 50 minute teleplay.

Next Up – The Little Black Bag 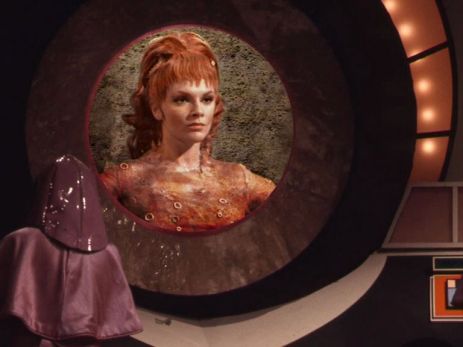 A newly created background for the recon