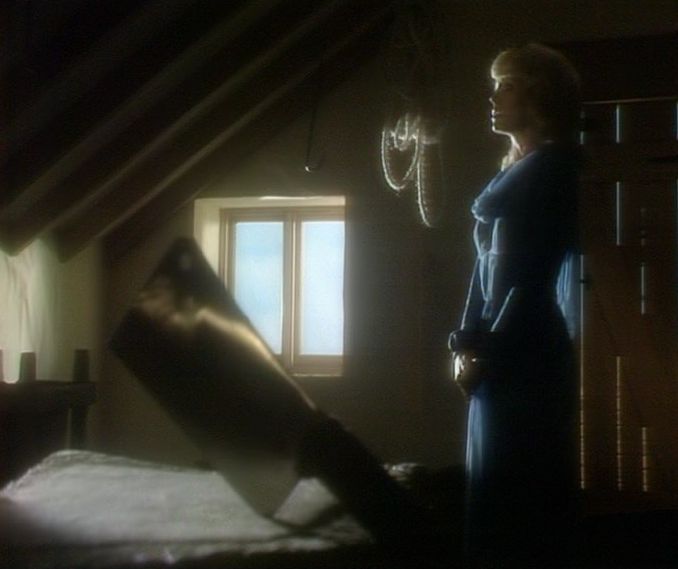 Steven O’Shea, as Rob, has a rather unenviable job.  Up until now Sapphire and Steel have been cool and unemotional, leaving Rob as the character who has to express a wide range of emotions from bewilderment to fear.  It would be a tough task for any actor, not made easier by O’Shea’s relative inexperience (he only had a handful of screen credits prior to this).  But after a rather histrionic turn during the opening few minutes of this episode he settles down nicely and interacts well with the much more experienced McCallum and Lumley.

Something has escaped from the locked room.  Its manifestation is very basic – a pool of light – but why bother to create anything more visually impressive when such a simple effect works just as well?   As the light moves secretly around the house, Sapphire and Steel ponder their next move.  Steel’s never heard of Olivier Cromwell, a fact which shocks Rob.  When the boy asks Steel if he knows his history, Steel replies that yes, he does.  It’s easy to draw the implication from this that Steel is an alien, although this isn’t explicitly stated (he could just be implying that he’s not British).

As the Cromwellian soldiers make another appearance, Rob buries his face in Sapphire’s shoulder.  It’s a non-verbal moment which shows her caring side – watch how she silently smoothes his hair afterwards – and possibly it was something worked in rehearsal.  The next line of the script has Steel asking Rob if this latest manifestation was the same as the previous one – a rather redundant question since Rob wasn’t looking that way at the time.

If Sapphire and Steel have seemed rather cocky up until now, then the plot-twist mid way through the episode wipes the smiles from both their faces.  Sapphire has been transported by the mysterious pool of light into a picture of a cottage hanging on the wall.  This poses numerous questions, most notably about how time could do such a thing.

We’re told that Sapphire is still in the house – time is simply creating the illusion that she’s somewhere else.  This illusion is a powerful one though, meaning that Steel and the others have to attempt to keep her grounded in reality – once she really believes that she’s in the cottage then she’ll be lost to them.

This is another effective part of the serial.  The camera focusing on a close-up of McCallum with Lumley heard only as a voice-over and then switching to the vaguely dream-like cottage bedroom, with an increasingly frantic Sapphire just about hanging on.

The cottage was the scene of a terrible atrocity during the English Civil War (which raises another question – how could time discern this from a painting?) and Sapphire looks set to re-enact this event.  Steel manages to bring Sapphire back, but the danger isn’t over …. 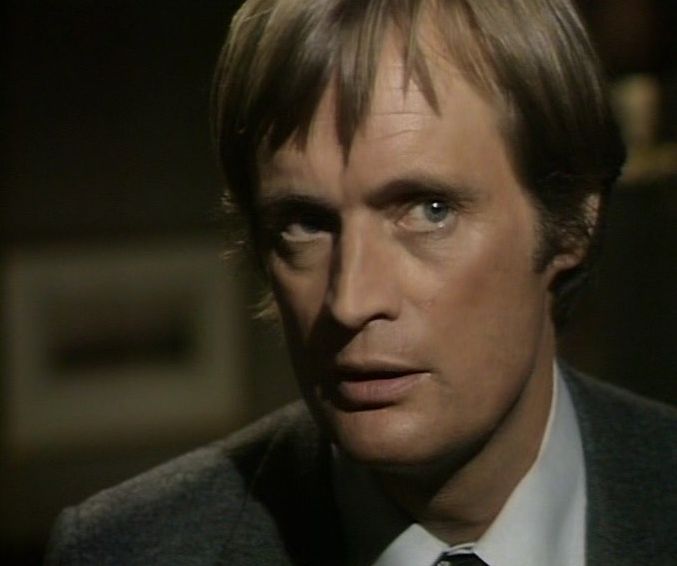