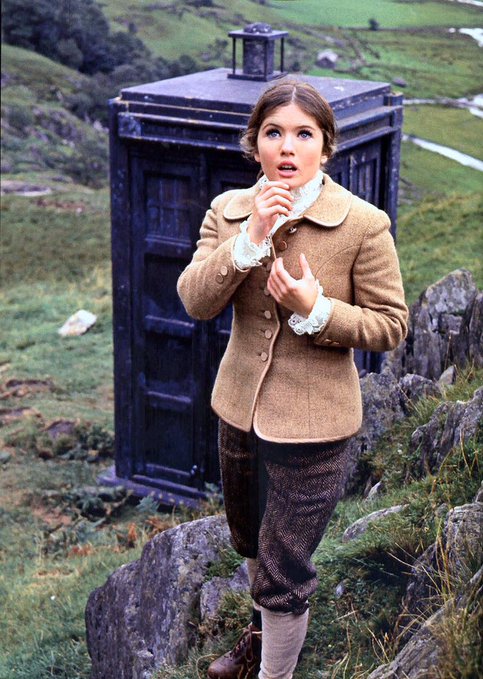 I was very sorry to hear today that Deborah Watling has died at far too young an age. Whilst she’ll no doubt always be best remebered for Doctor Who, she had several other entries on her CV which are worth checking out.

Right at the beginning of her career was H.G. Wells’ Invisible Man (1958). Ten-year old Debbie played Sally, niece to Peter Brady, the invisible man of the title. Sally rarely played a central role in the stories but Debbie was always eye-catching and managed to steal more than a few scenes.

Her last dramatic television role was as the vampish Norma in Danger UXB (1979). Possibly not a series that’s terribly well-remebered today, but it’s a quality WW2 programme with a fine ensemble cast which I’ll have to dig out soon for a rewatch.

On the big screen, 1973 saw her act with two British pop stars from very different generations. Take Me High, a tale of Cliff Richard and brumburgers is a wonky guilty pleasure whilst That’ll Be The Day is in a different class altogether. Debbie played Sandra, a young girl used and rather abused by the feckless Jim MacLaine (David Essex). That’ll Be The Day is more than a David Essex star vehicle since it stands up as a decent film in its own right. It’s something else which I’ll no doubt be revisiting shortly.

Back In my convention-going days I had the opportunity to meet Debbie on several occassions and she was always a delight – an attentive and welcoming guest. Possibly my strongest memory of her comes from a small convention held in Weston-Super-Mare during the mid nineties.

As often happened, the timetable started to go a little awry which meant that nobody was terribly pleased when the auditorium was cleared for what appeared to be no good reason. But all turned out well in the end as it became clear that Debbie had been rehearsing a special entertainment – a song and dance routine where, showing a good deal of leg, she left most of us speechless! Happy days and a memory to treasure.

This is an obvious clip to end on, but it’s a very pertinent one. Thank you Debbie. RIP.