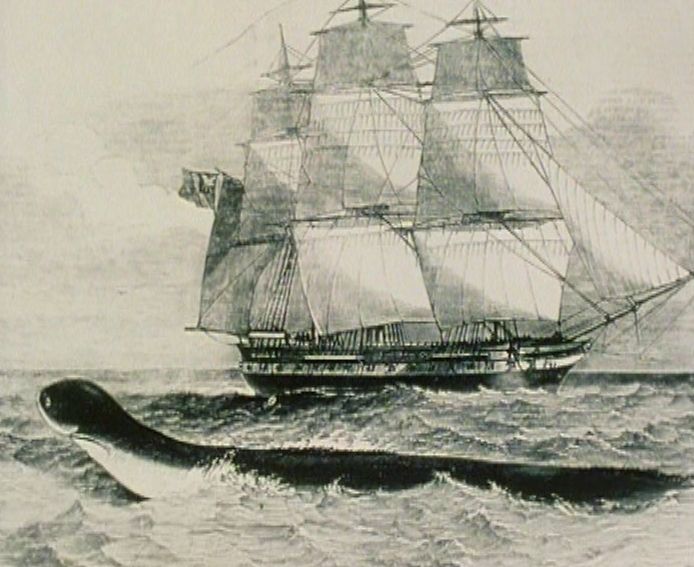 Monsters of the Deep opens with the tale of Lieutenant Cox whose leg was mauled by a giant squid following the sinking of his troopship by the Germans during WW2.  With Cox no longer being alive it’s impossible to question him first hand, but testimony from a serving sailor – Petty Officer Ira Carpenter – who recently witnessed damage to his ship is harder to dismiss.  Was this caused by a giant squid?  Maybe, and it’s notable that Clarke doesn’t dismiss the possibility out of hand.

The story of a giant octopus which washed up on a Florida beach in the late nineteenth century is mildly interesting, but rather like the giant squid tales it doesn’t quite fire the imagination.  The accounts of mysterious sea serpents is rather more like it though, especially when they’re illustrated with vintage artists impressions of the leering monsters.  Although sea serpents might appear to be a problem of the past, it appears not – as two beardy Canadian scientists are seen conducting research in the waters of Vancouver.  Although they’ve done plenty of research they have no definite evidence, which is a bit of a shame.

So far there’s been a lack of colourful interviewees in this edition, so I’m thankful for the arrival of George Vinnicombe and John Cox, two Cornish fishermen.  Naturally they have to be interviewed on their boat, although the constant bobbing motion did make me feel a tad seasick.  Still it’s worth it for their tale of a strange monster who popped its head up out of the water to take a look at them.

There’s another classic bit of Honeycombe narration as he tells us about “the beast with great teeth which came ashore in Scotland at Gourock, on the River Clyde, in 1942. Being wartime, the Royal Navy wouldn’t permit photographs and finally the beast was taken to the grounds of the municipal incinerator. On the orders of the borough surveyor, Charles Rankin, it was chopped up and buried under what is now the football pitch of St Ninian’s Roman Catholic primary school, Gourock.”  Mr Rankin was interviewed for the programme and the most intriguing part of his tale is when he mentions that in the belly of the beast was something which appeared to be a seaman’s jersey.  So clearly the beast had gobbled up at least one unfortunate sailor before washing up at Gourock.

Whilst it’s a little hard to take the story of the beast of Gourock seriously, Clarke does come down on the side of generally believing that giant sea creatures are real.