Following a terrible tragedy at sea, Sir Walter Tremaine, his wife and their four-year old son Nicholas are all feared lost. Six years later, Lady Tremaine (Rachel Gurney), still mourning the loss of her son and grandson, is now considering the question of inheritance (the Tremaine family are one of the wealthiest in the land).  To this end, she advertises for any relations of Edward John Tremaine to come forward.  The ambitious and grasping Joanna Tremaine (Bernice Stegers) is delighted when her young son Gerald (Jonathan Norris) is declared the nearest blood relative and is therefore chosen to inherit the family title, estates and fortune.

But no sooner have Gerald, his sister and his mother become accustomed to their new and privileged surroundings than the rug is pulled from under their feet as Little Sir Nicholas (Max Beazley) is discovered alive and well, living in obscurity in a French fishing village …..

Broadcast in six episodes on CBBC1 during January and February 1990, Little Sir Nicholas is an efficient adaptation of the novel by C.A. Jones, originally published in 1892.  It’s an all-film production, which is slightly surprising (it was still common for the cheaper alternative of videotape to be used at the time). But the filming adds a welcome extra gloss, so I’ve no complaints.

In the pre-credits sequence for episode one we witness the shipwreck which drowns Sir Walter and his wife. It’s impressively mounted, mixing model shots and a full-sized ship, which was presumably shot in the water tank at Ealing studios. An elaborate scene like this wouldn’t have come cheap, so it’s an early indication that Little Sir Nicholas has a very healthy budget.

A caption then tells us that events have moved on six years – we see Lady Tremaine speaking to Mr Apted about the possibilities of finding an heir. Rachel Gurney will, of course, always be best remembered for playing the refined Lady Marjorie Bellamy in Upstairs Downstairs.  Her television credits were rather scarce after leaving UpDown in 1973, and Little Sir Nicholas (her penultimate screen role prior to her death in 2001) was one of her most substantial roles post 1973.

Barry Jackson has a nice cameo as the kind-hearted shoemaker Mr Nolan, who points out the newspaper advertisement which leads to Gerald’s new-found fortune. It’s telling how both Gerald and his mother immediately dismiss him from their life as soon as they move upwards (neither seem inclined to settle their debt with him either). It’s left to Gerald’s kind-hearted sister, Margaret (Louisa Milwood-Haigh), to thank Mr Nolan for all he’s done for them and ensure he isn’t out of pocket. Margaret is the conscience of the family and stands as a sharp counterpoint to her more selfish mother and brother.

The second episode concerns itself with the twelve-year-old Sir Gerald adapting to his new life as a baronet in Cornwall. Gerald and his mother continue to act in a thoughtless manner (we can maybe excuse Gerald because of his age, but it takes a lot longer before we understand what motivates his mother). Mrs Tremaine is rude to Lady Tremaine and dismissive to the dignified family retainer Robinson (the always immaculate Jack Watson). Gerald and Margaret meet William Randall (Christopher Villiers), a friend of the family and a portrait painter (his painting of the four-year old Sir Nicholas hangs in the Tremaine’s hall). It’s rather hard to swallow that shortly after this meeting, Randall, on a painting trip to Britanny, identifies a young French lad as the missing Sir Nicholas.  But such a stunning coincidence has to be accepted in order to bring Nicholas back into the story.

In the third episode, Sir Nicholas returns to Cornwall to claim his inheritance, but finds the environment to be extremely unwelcoming. Although Randall has the best intentions in returning Nicholas to England, it’s a heart-breaking moment when he has to leave his adopted mother and sister behind. There’s a nice bit of banter between the maid Dulcie (Cathy Shipton) and Bootle (Philip Whitchurch) who’s come hot-foot with a telegram for Lady Tremaine with the news that Nicholas is alive. Since he decides to wait for a reply, he’s clearly read the telegram beforehand!  After she’s received the amazing news, Lady Tremaine doesn’t throw Gerald, Margaret and their mother onto the streets – instead she’s more than generous, settling substantial sums of money on all of them and insisting they continue to live in the big house with Nicholas. Needless to say, Mrs Tremaine isn’t satisfied with this ….

Episode four features the wonderful James Ellis as the old sea-dog Mr Penfold. He’s made an impressive toy boat which he intends to give to Nicholas. This irritates Gerald who wants the boat himself. It’s true that Gerald loves the sea whilst Nicholas fears it, but given that he watched his parents drown that’s quite understandable. Gerald calls him a coward, but luckily Margaret is on hand to show Nicholas unconditional love and understanding. The Christmas celebrations see Robinson entertain the household with stirring tales of exploits on the sea (another fine scene for Jack Watson).

Nicholas’ wretched life continues in the fifth episode as his pet pony Peterkin, one of his few friends, vanishes. Gerald, still smarting at the way Nicholas is always first in line, rides Peterkin away and hides him. And when Margaret leaves for boarding school, poor Nicholas feels even more isolated.

The sixth and final episode sees Mrs Tremaine’s hatred of Nicholas boil over. Nicholas and the now-reunited Peterkin have run away, although rather conventially Mrs Tremaine is able to easily track him down. But instead of taking him home, her scornful taunts drive him away again. Lady Tremaine is forced to accept that due to her mild disappointment with Nicholas, she was happy to leave him in the care of a woman who clearly despised him. Lady Tremaine and Mrs Tremaine face each other in a dramatic scene. Mrs Tremaine admits that she’s ill-treated Nicholas, but it was out of a fear that she’d have to return to London, penniless. “I am what poverty made me. I couldn’t be poor again.”

The story concludes in a dramatic fashion as Gerald and a local boy called Joe are stranded on a rock in the middle of the sea. Nicholas is forced to confront his fear of the sea as (rather unbelievably) he’s the only one who can row a boat out to save them. Mr Penfold rather succinctly sums it all up. “Well I’ll be jiggered.”

This may have been a children’s serial, but there’s no shortage of quality acting talent on display.  Any devotee of archive television will have no trouble in recognising the likes of Rachel Gurney, Christopher Villiers, Jack Watson, James Ellis, Barry Jackson and Noel Johnson.  Julian Fellowes doubles as an actor and co-adaptor, turning up as Mr Apted in three episodes. It’s true that some of the child actors – not just Jonathan Norris and Max Beazley but the minor players as well – are a little stilted at times, but that’s not uncommon with period dramas of this type. But the oldest of the juvenile actors, Louisa Milwood-Haigh, is very assured as the compassionate Margaret.

Little Sir Nicholas is an impressively mounted, well-acted serial which deals with universal themes such as greed, loneliness and childhood jealousies.  Unseen since a repeat run in 1992, this may be an obscure production, but it’s also an engaging, heart-warming and thoroughly rewarding one. 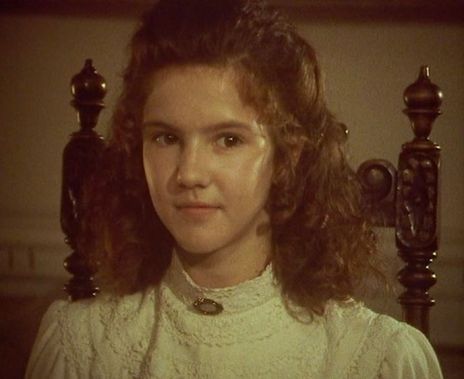 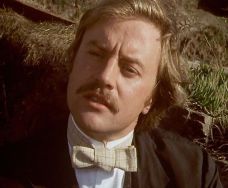 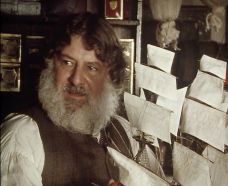 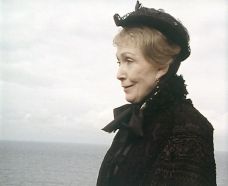 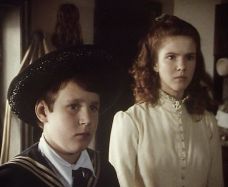 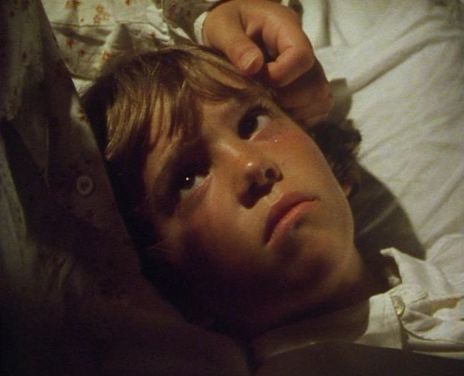 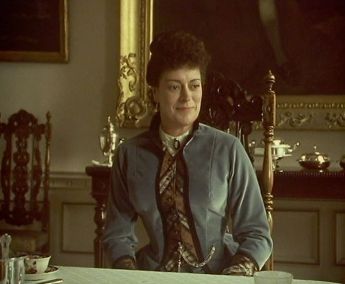 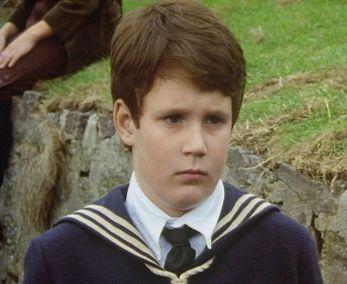