Zammo’s back in school, having seemingly kicked his heroin habit.  If this seems a little too good to be true then you may not be surprised to learn that it is.  Despite Jackie and Kevin constantly acting as his guard dogs, he’s somehow been able to buy some drugs and he stashes them in the toilet for later.  How he was able to get the drugs and where he got the money from is a mystery (since he’s been constantly watched for weeks).

It’s a missed opportunity that the truth is so quickly discovered.  Having an episode or two where he appeared to be back to his old self would have worked well, but given that we’re marching ever onwards towards the end of series nine, it wasn’t to be.

When he later discovers that his stash has been ruined he hot-foots it out of school, on the hunt for more.  That action makes it plain that his story is on-going but Fay and Mr King is a storyline that’s concluded here.  After blithely maintaining last episode that there was nothing wrong with their relationship, here Fay is in a state of total collapse.  It’s not clear what has forced this turnabout (an intervention from her parents or the fact it’s becoming public knowledge maybe?).

Fay doesn’t speak at all in this episode but thanks to her dramatic collapse in the gym, prior to an exam, still manages to catch the eye.  Mr King only has a handful of lines before he departs – handing in his resignation to Mrs McClusky and then clearing his desk in the time-honoured fashion.

He might be gone but Miss Partridge is still present and still worried about her job.  That she’s an unmarried mother isn’t the main issue (or so some of the governors claim).  It’s more to do with the fact that she knowingly falsified information on her application form.  Countless times in the past we’ve heard pupils bitterly mention that there’s no point in working hard (‘cos there’s no job out there) but it’s a little jolting to hear a teacher also admit that jobs are scarce.

Had she not lied, Miss Partridge maintains, then her chances of gaining a job would have been practically zero.  Mrs McClusky knows that she’ll have a fight on her hands to save her, but she’s going to fight all the same.  There’s a nice moment just before she enters the cauldron of the governors meeting – we see her applying a touch of make-up (putting her warpaint on, maybe?)

With the loyal Mr Baxter by her side, the pair have to face the terrible duo down the other end of the table – namely Mr Bronson and Mr Glover.  It’s Mr Glover who does all of the talking for them (for once Mr Bronson has nothing to say).  Mr Baxter does pipe up occasionally, but more often that not it’s to angrily retort to an insinuation made by Mr Glover.

So it’s mainly a battle of wills between Mrs McClusky and Mr Glover.  I thought the question of the headship had been decided some time back, but here it still seems to be in the balance.  Mr Glover taunts Mrs McClusky that for fear of making waves it would be best if she let Miss Partridge go quietly.  But Mrs McClusky is built of sterner stuff and in a glorious scene, which shows her at her best, she retorts that if required “she’ll sink the blessed ship!”

Ziggy and Robbie (good lads at heart) attempt to raise some money for the school by selling books – one of which contains a superstar autograph (the others also have autographs, but who really wants one signed by Humpty Dumpty?!).  The star autograph is Bono’s from U2, although nobody can pronounce his name correctly (everyone calls him Bow-no).  Or perhaps that’s how they did it back then?

Ant continues to glower away and jump to the wrong conclusions.  For once Mr Bronson is in a conciliatory mood, telling Ant gently (or as gently as he can manage) that his options aren’t valid.  It’s just unfortunate that Julia, who has selected the same options, is told later by Mr Bronson that there shouldn’t be any problem with hers.  But to be fair to Mr Bronson he didn’t have time to read them (he had to rush off to arrange the kangaroo court with Mr Glover) and he made this plain to the girl.  But the fact that he hadn’t seen them was one important sliver of information that Julia didn’t pass onto Ant.

Since he believes, incorrectly, that Julia’s been favoured over him, he tells Mr Bronson to “stick it”! and storms off.  That boy will never learn. 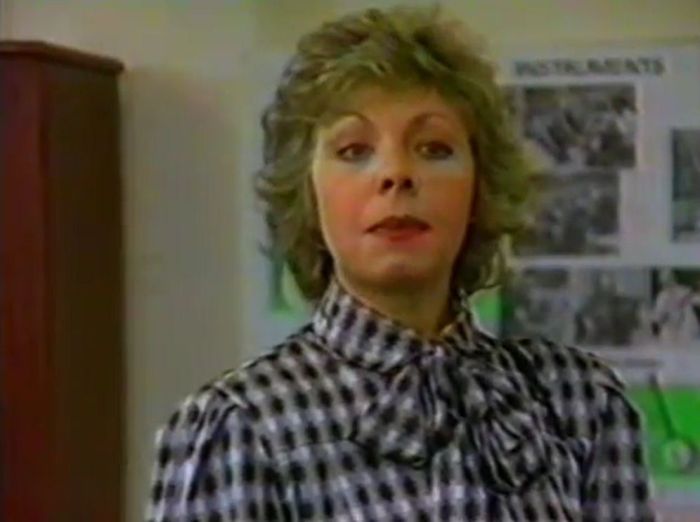