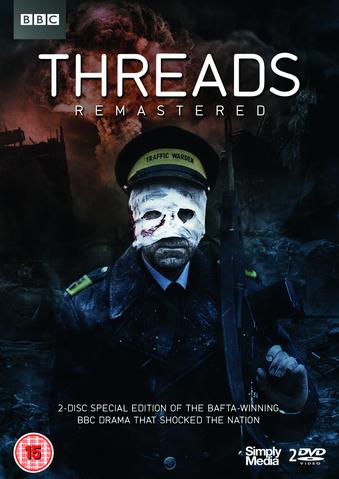 Threads may be nearly thirty five years old, but time has done nothing to dent its horrifying impact. Broadcast in 1984, during a period when the Cold War was still very chilly, it portrays in unflinching detail the aftermath of a nuclear attack.

Set in Sheffield, following the detonation of a 210 megaton bomb which has devastated the country and decimated the population, this docudrama (scripted by Barry Hines and directed by Mick Jackson) follows the path of several survivors, most notably Ruth Beckett (Karen Meagher).

Without fresh water or any form of sanitation, Sheffield quickly becomes a breeding ground for numerous diseases such as cholera and typhoid. And with food in short supply, a new class of scavenger criminal emerges and extreme measures – capital punishment – are applied in order to keep control.

But any form of control proves to be impossible as radiation sickness and damage to the ozone layer continues to thin an already shrinking population. Over time Britain returns to a state of medievalism – some toil in the fields using hand-held tools with the majority living in a state little better than animals. There are a few faint signs of hope – limited technology still exists – but the final scene (featuring Ruth’s daughter Jane) is as downbeat as it could possibly be.

Once the bomb drops, a remorseless, crushing feeling of despair permeates every frame as Ruth, the audience identification figure, finds herself buffeted through a series of horrendous adventures in which the normal rules of civilisation have been blown away. Images of a shell-shocked Ruth, wandering through a wrecked and nightmarish landscape, peopled with the dazed, disfigured and dying are incredibly affecting. The use of a narrator – Paul Vaughan – together with on-screen graphics and stills adds to the documentary feel and therefore helps to generate yet another level of unease. It’s also a useful storytelling device, since it enables key information to be clearly disseminated (had characters started reeling off reams of statistics it wouldn’t have worked as well). 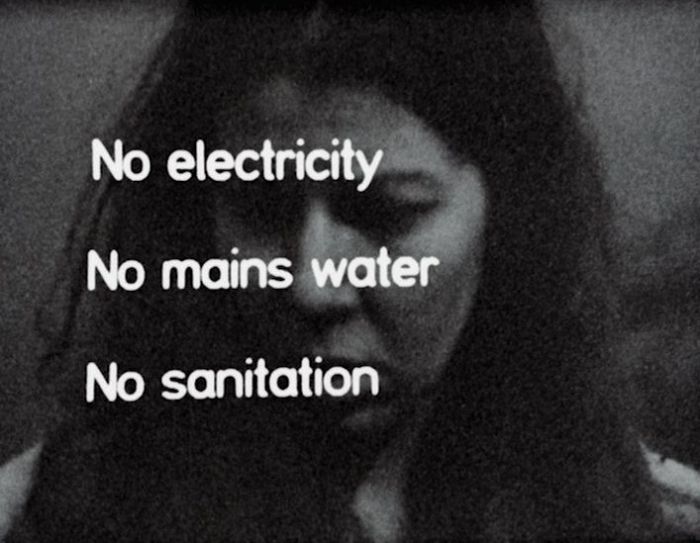 Utilising the real Protect and Survive Public Information Films, voiced by the unmistakable tones of Patrick Allen (he later provided something similar for Frankie Goes To Hollywood’s Two Tribes) was a well judged move. Produced in the 1970’s (although never actually aired) they offered a fairly optimistic picture of what life after a nuclear attack would be like. So the juxtaposition between Allen’s confident tones and the reality as depicted on screen is striking and bleakly ironic.

Many images from Threads will linger long in the memory (burning cats, mothers cradling the charred corpses of their babies or the fact that rat has now become a prized foodstuff). It’s interesting to learn that Mick Jackson originally planned to use the cast of Coronation Street – how much more horrifying would it have been if we’d witnessed the Weatherfield regulars in such distress?

After the original transmission, Jackson received a letter of support from Neil Kinnock and he later learnt that President Reagan had watched the American broadcast. It’s to be hoped that copies of the current editions make their way to today’s world leaders ….

Threads has been released on DVD before (and was also released on BD in America by Severin Films earlier this year) but Simply’s two disc DVD set looks to be, at the moment, the definitive release. Although it might be assumed that Severin’s BD would have trumped Simply’s DVD, there’s some evidence to suggest that’s not the case. The BD used the TX prints (which due to their age were somewhat worn and faded) as the starting point for their restoration whilst Simply’s DVD was granted access to the fine grain CRI films (which have been in storage since 1984 and were both unfaded and undamaged).

If Simply can licence a BD at a later date (rights issues have prevented them from doing so at present) then that will be the best of all worlds, but even at the moment it seems that the upscaled Simply DVD will trump the Severin BD in terms of picture quality. The colour palette is obviously very muted and the picture displays evidence of grain, but that’s what I’d have expected (a lighter grade and the elimination of grain would be somewhat against the bleak intention of the piece).

What makes this DVD particularly appealing is the range of special features assembled. Contextual extras are always welcome on any release, but in the case of Threads – a programme of considerable significance – they become even more valuable. The two audio commentaries (one with Mick Jackson and the other with Karen Meagher) both contain fascinating production details as do the four documentaries –

Although in total they only run to an hour or so, a fair deal of ground is covered and together with the two commentaries ensure that pretty much all of the bases are covered. The PDF material from the Radio Times is also worth a look, with the letters pages (featuring strong opinions both for and against) being especially notable. A shame though that the Newsnight Nuclear Debate, which ran the same week as Threads, presumably wasn’t able to be licenced, as it would have been a valuable addition.

Everybody should see Threads at least once, although it’s understandable that it won’t be something which many will revisit on a regular basis. But it’s a programme that needs to be kept in circulation and – thanks to Simply’s new restoration – is now available in greater clarity than before.

Chilling, devastating and emotionally draining, this is an exceptional piece of British television drama.

Threads is released on the 9th of April 2018 by Simply Media, RRP £14.99, and can be ordered directly from Simply here. 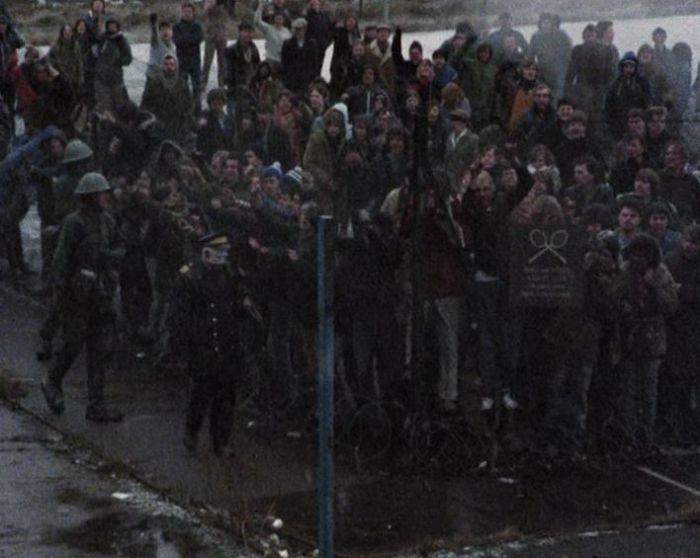