Skip to content
HomeDoctor Who – The Reign of Terror. Episode Six – Prisoners of Conciergerie 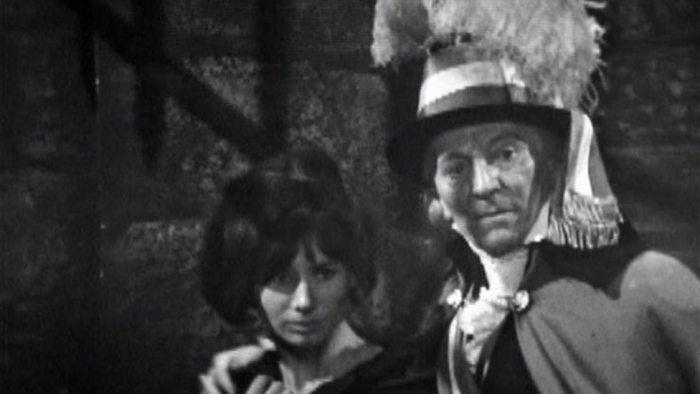 The final episode of The Reign of Terror is somewhat disconnected from the rest of the serial. There’s a couple of possibilities to consider – either Dennis Spooner ran out of plot and had to bolt this epilogue on or maybe it was felt that after five episodes of capture/escape/capture there should be an ending that looked ahead to France’s future.

Lemaitre reveals that he’s the English spy, James Stirling. Or at least he says he is – it’s rather remarkable that everybody takes this statement at face value without asking for any sort of proof. After the moral complexities of the previous episode it’s a little unimpressive – what better way could there be for an agent of the Revolution to infiltrate the rebels than by claiming he’s one of them? But thankfully Stirling is who he claims to be and quickly ropes Ian and Barbara into assisting him with a dangerous mission.

This is another strange development – out of all the people that he could have been chosen, why pick Ian and Barbara? But these scenes – the pair go undercover at a tavern to spy on a meeting between Paul Barrass and Napoleon Bonaparte – do help to give the story a wider scope (even if they’re historically very dubious). Still, we get to see Barbara as a serving wench, so it’s not all bad.

Robespierre’s final appearance is brief. He’s shot in the jaw (off-screen) and later finds himself incarcerated at the Conciergerie, where the jailer gleefully receives him. The turncoat nature of the jailer – he’s now happy to share in the derision heaped on Robespierre, whereas an hour earlier he had been his most loyal servant – stands in sharp contrast to the unswerving viewpoints held by the likes of Jules and Leon.

Even if this episode closes the story with something of a whimper rather than a bang, the final scene, set in the TARDIS, is interesting as it offers another restatement of the belief that Earth’s history is unalterable.

IAN: Supposing we had written Napoleon a letter, telling him, you know, some of the things that were going to happen to him.
SUSAN: It wouldn’t have made any difference, Ian. He’d have forgotten it, or lost it, or thought it was written by a maniac.
BARBARA: I suppose if we’d tried to kill him with a gun, the bullet would have missed him.
DOCTOR: Well, it’s hardly fair to speculate, is it? No, I’m afraid you belittle things. Our lives are important, at least to us. But as we see, so we learn.

It’s easy to believe that this scene was the handiwork of David Whitaker, as Dennis Spooner would soon gleefully prove that history could very easily be changed. In retrospect it’s clear to see why this was untenable – the concept that history (or at least, Earth history) was fixed whilst the future (or at least, the future as seen from a 1960’s Earth perspective) could be altered at will was a rather bizarre one.